In a criminal case, interfering or tampering with a witness’s testimony is a criminal act that can be classed as a misdemeanor, or even a felony, in extreme cases.

Interfering with a witness may involve trying to get a witness to testify in a certain way, offering a witness a bribe or threatening them, or preventing a witness from attending a legal proceeding, such as a court hearing or deposition.

Defendants may attempt to tamper with witnesses to alter the impact of a witnesses’ testimony, and the final verdict, of their case. This is extremely dangerous as it could simply incur more charges.

Not all contact made by a defendant to a witness is ill-motivated, however, due to the risk of witness tampering or intimidation, defendants are often ordered not to have contact with any witnesses while the case is pending, particularly in criminal cases.

Even if the court does not forbid contact, it is a best practice to refrain from contacting a witness because any contact can be used in accusations of witness tampering, regardless of whether the tampering actually occurred or not. 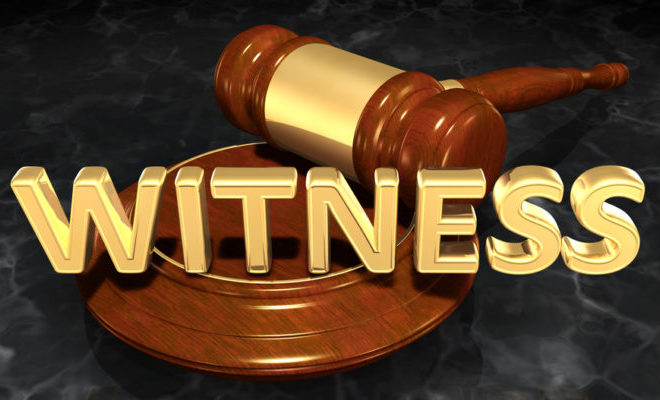 However, what about when a witness is the defendant’s partner, spouse, or family member?

It’s unrealistic to expect there to be no contact between the two parties in these instances, especially when trials can go on for months or even years.

One option is for the defendant and the witnesses to simply be very careful about discussing the case. For example, spouses or close relatives and friends may agree only to discuss the case in the presence of the defendant's attorney.

If a relationship with a witness is more distant, such as a co-worker relationship, the conversation between the defendant and their co-worker can perhaps be limited to work-related matters.

Even if defendants don’t believe they’re doing anything wrong, and they simply want to talk things out with a witness in a bid to get the witness to see things differently, it’s dangerous for the defendant to do this alone (or without an attorney present) as it can easily be taken by the witness - or any onlookers - as an attempt to influence testimony.

In the US, it is a federal crime to tamper with a witness, as defined by statute at 18 U.S.C. § 1512, which is entitled "tampering with a witness, victim, or an informant."

According to the Justice Manual, the statute "proscribes conduct intended to illegitimately affect the presentation of evidence in Federal proceedings or the communication of information to Federal law enforcement officers" and applies to tampering with witnesses in "proceedings before Congress, executive departments, and administrative agencies, and to civil and criminal judicial proceedings, including grand jury proceedings.”

It’s important to note that witness tampering is classed as a crime even if a proceeding is not actually pending, and even if the testimony that the defendant is attempting to influence, delay, or prevent is not admissible in evidence.

In addition to this, witness tampering is a criminal offense regardless of whether or not the attempt to tamper is successful.

The offense includes the intimidation of not only a witness but also intimidation of "another person" - which means a third party, for example, a witness’s spouse or family member - to intimidate or threaten the witness.

If a witness in a criminal case tells the prosecutor that the defendant has tried to influence or interfere with their testimony and charges are filed, the prosecutor will have to prove beyond a reasonable doubt that the accused intended to influence the witness’s testimony and that they engaged in acts listed in the state’s witness tampering or intimidation statute.

While a prosecutor can file charges based on the witness’s statements alone, some kind of corroborating evidence will be required to result in a conviction.

However, if the witness made a recording of a conversation in which witness tampering took place, or if they have a written record that supports the allegation, the accused is likely to be convicted.

If this isn’t the case, and the conversation was private, the witness’s testimony coupled with some small pieces of evidence - such as a particular purchase or evidence that the defendant drove past the witness’ home - may secure a conviction.

This is why attorneys are keen that defendants and witnesses don’t speak at all if possible, especially without the presence of an attorney, and particularly in the case of adverse witnesses.

What to Do If You’re Accused of Witness Tampering

If you are accused or charged with intimidating or tampering with a witness, you should seek assistance and advice from your attorney as soon as possible.

If you are a defendant in a criminal case, you should follow your attorney’s advice as it could protect you from additional charges.

Even if you have not been officially ordered to refrain from contact with witnesses, it is best to not have any contact with them regardless, as any contact that is made could be used as a grounds for charges of witness tampering or intimidation - even if this never actually occurred.

However, we understand that restricting contact between witnesses and defendants is not always simple, particularly when a witness is a close relation, friend, or spouse of the defendant.

Intimidating or tampering with a witness can result in very serious charges, so if you do get accused or charged with this, it’s essential that you consult your attorney and listen carefully to their advice to avoid further charges.