Provided you have a valid passport and have served out your sentence, most countries will allow you to enter with a past felony on your record.

There are a few countries that bar entry to felons, which we have listed below. 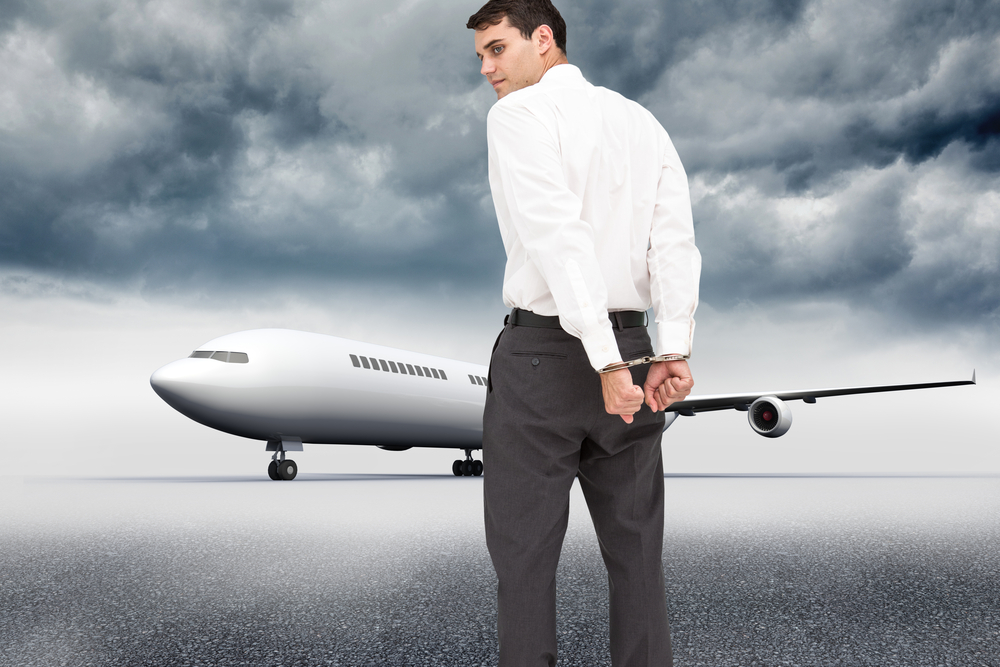 If you have served out your sentence, probation, or parole period there should be no issues with obtaining a United States passport. It is not a record of your character, but simply a physical identification proving your citizenship to the United States.

Passports can be denied if you are convicted of offenses such as trafficking drugs across international waters, taking arms against the U.S.

Government, or plotting the government’s overthrow. Essentially, if you threaten the security of the United States, you are not likely to get issued a passport.

If you have large amounts of debt, you are also likely to be denied a passport. This could be anything in excess of $2,500 (particularly in regards to child support). Similarly, if you committed crimes abroad you may not get issued a passport.

If you are subject to a felony-related subpoena, or federal arrest, you cannot get a passport. If you are forbidden to leave the U.S. you will not be allowed a passport.

Domestic restrictions in the USA

There are certain offenses that will result in your passport being revoked, meaning that you will not be able to travel. This tends to last for the full period of your sentence, including prison time and the parole period.

These offenses include federal drug offenses, such as trafficking drugs across borders. State drug felony offenses also fall under this umbrella, as do those which are misdemeanors but are decided by the secretary of state to warrant the revocation of your passport.

If you have a non-drug felony conviction, you are unlikely to qualify for U.S. Customs and Border Protection trusted traveler programs. This doesn’t mean that you cannot travel but is likely to make your journey more difficult and security checks may take longer.

To find out whether you can travel to specific countries with a past felony on your record, you will need to check the immigration agency policies of the country in question.

Generally speaking, convictions for violence or those that are recent are most likely to cause travel issues. Probation and parole are stickier issues, and you must focus on what your probation officer has said about travel.

Breaking their rules will be seen as breaking your parole and could potentially result in you returning to prison.

You should always tell the truth about your criminal past if interrogated during customs or the visa process. If you are found to be lying, this could lead to a permanent ban on travel to that country.

Some places feel that once you have completed your sentence and have met the conditions for a spent conviction, you do not need to declare it.

The Schengen Area (a group of 26 countries in Europe) has abolished the international borders and so it is very easy to move freely between them.

Generally, if the prison sentence is under 3 years, or the offense did not involve immigrant smuggling or drug crimes which resulted in 2+ years imprisonment, you are likely to be allowed in.

Some countries, such as Germany, hail immigrant smuggling, a drug crime with a sentence of 2 or more years, or a public order offense with more than 3 years imprisonment is a deportable offense.

The UK has policies regarding spent convictions. This condition is met if the prison sentence was between 6 and 30 months and more than 10 years has passed since its completion. If you were imprisoned for less than 6 months, the time period is reduced to around 5 years.

If your prison sentence was longer than 30 months, your conviction can never be spent. The immigration office has the onus on them to prove that your convictions have not been spent (if they wish to refuse entry to you).

For entry to Canada, any past convictions will make you ineligible for entry to the country. They are particularly harsh on DUI convictions and refuse entry to people with even a misdemeanor DUI on their criminal record.

The exception to this is if you apply for rehabilitation. This is a long and arduous process and needs references from multiple people.

If you have been convicted of a felony in the United States you can request something known as a Police certificate. This is essentially written permission from a foreign nation.

It allows the felon to enter and travel around the country for a specific period of time. This is not an exclusively Canadian thing, and many countries may have something similar.

The exception to this is for British citizens with a spent conviction.

Australian legislation speaks of convictions in the last 10 years, so we can assume convictions older than this are seen as spent.

Some countries will require a visa to enter the country. This is a document that is usually stamped in your passport giving them official permission to enter the country in question. If you have a felony conviction on your record this may impede your ability to get a visa.

A felony conviction does not always have to be the end of your traveling experiences. There are definite restrictions that it adds to your freedom of movement, but does not completely halt your movement.

The only time you cannot leave the country is if you have an excessive debt or if your conviction has not yet been spent.

We would advise checking the rules and immigration policies of any country you wish to travel to prior to making plans. This will avoid a lot of unnecessary hassle and stress on the journey.

If you have any questions, we suggest checking with your probation officer and immigration agencies in the country you wish to visit.