Car accidents are incredibly unpleasant for every party involved, and unfortunately, the nightmare doesn’t end with the crash. On top of having to deal with the fallout of the accident itself, you then have to deal with insurance policies, and claims that result in endless phone calls.

Due to all the legal jargon that surrounds car insurance, policies, and claims, it can be difficult to understand what really happens after you experience an accident. It is something that most people just pray will never happen to them, but unfortunately, we are not all that lucky. 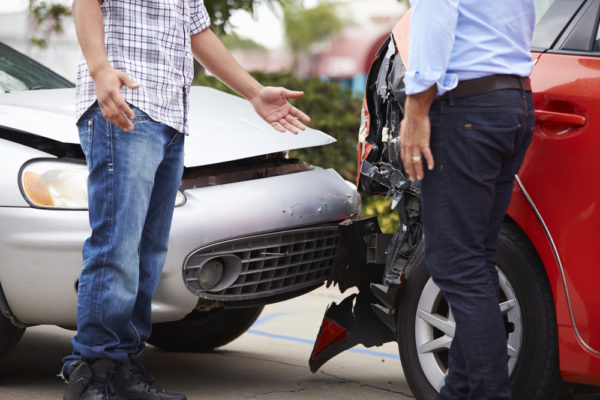 Your fault or theirs?

Something that is a huge part of the insurance process that follows a car accident is determining who is at fault. This is incredibly important as most States have fault or tort-based laws.

It is these laws that determine who is responsible for the accident and dictates what happens with the liability and compensation process that follows an accident.

However, these laws only cover the car insurance part of the process and do not protect you from being sued by the other individual in the car accident. Even if the accident was not your fault.

Should someone try to sue you for the car accident, their civil case will be taken to court and it will be the judge’s responsibility to determine who is at fault.

In some cases, determining who is to blame is incredibly easy, however, in others, it can be very difficult. As there are so many different companies involved in determining blame, from the police to the car insurers to the court officials, this can make it even more tricky.

The police are usually the first official party to determine which driver is at fault as they need to complete a criminal report into the accident. This is usually followed by an investigation by the insurance firms of both drivers.

They will interview witnesses and look at medical reports until they too can determine a verdict.

Should the other driver file a civil suit against you, the court will then have to complete the process that both the insurers and the police have already done.

This is why there is often confusion in determining who is at fault as you end up with 3 different official reports which could all have different verdicts.

But, ultimately if someone wants to sue you for the crash, they will need the judge to rule in their favor.

As if the situation surrounding car accidents wasn’t murky enough, there is another thing to consider, and that is no-fault States.

In these States, individuals who are involved in car accidents claim against their own insurance rather than against the insurance of the individual at fault. This removes the need to determine who is at fault from the situation, and you would think that this makes the process easier.

However, the rules for no-fault States differ from State to State, which can make this a difficult concept to understand. In some States, the no-fault laws protect you completely and ensure that the other driver cannot claim anything against you.

However, in some other States some provisions allow drivers to sue the other person in the crash for extra compensation. These provisions differ from State to State and usually require either the cost of damages or injury to exceed a set threshold to be able to justify the other individual suing you.

This is where the situation becomes even more difficult to understand, as different States measure this threshold in different ways. Some States have no-fault laws which are determined through monetary value while others set the limit verbally.

In the States where it is measured verbally, the individual would only be able to sue for more compensation if they have experienced a serious life-changing injury, or their family could sue on their behalf if the accident caused the individual’s death.

This not only includes immediate death from the accident but also a death that can be directly linked to the car accident that you were both involved in.

Whereas States with a monetary threshold will allow the other individual to sue you if the cost of the damage exceeds a certain amount of money. This amount will differ from State to State.

What to do if someone sues you for a car accident

As we have established, in most States a person can sue you for extra compensation as well as claiming off of your insurance.

Even in no-fault States, there is a good chance that the individual will be able to sue you, especially if the accident was a particularly bad one. If you are notified that someone is trying to sue you for a car accident that you had previously been involved in, the first thing you need to do is contact a lawyer.

Lawyers are generally quite expensive but in a case where your personal assets could be at risk, they are an essential cost. Lawyers know all about the laws of the specific State that you live in and will know the best way to argue your case in a Civil suit.

Should this happen to you, it is worth checking your car insurance as some policies include legal cover in this situation.

In short, the answer is yes, someone can sue you for a car accident even if you have insurance.

While your insurance will cover a payout to the level of your policy, the other individual involved can sue you for extra compensation.