Food poisoning is quite common and most people will encounter it at least once in their lifetime; enduring symptoms of vomiting, diarrhea, stomach cramps, and fainting, all of which if prolonged, can lead to hospitalization and further implications.

Most who have suffered from food poisoning in the past may have just rested, taken a day off, waited for it to pass, and thought nothing more.

However, those who have been hospitalized due to suffering severely from food poisoning may feel more inclined to seek compensation for their difficult time and financial loss from time off work.

The short answer to the question: can you sue for food poisoning? is yes, but there will be a few things you will need to consider before you do try and open a lawsuit, so make sure to continue reading to gather everything you’ll need to know. 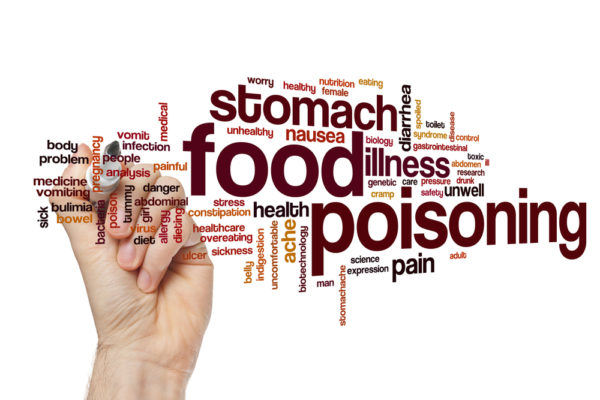 On what basis can I claim?

You can make a complaint to the food company or establishment to disclose your sickness as a result of the food you’ve eaten from them. However, if they compensate you for this, you will then not be able to claim further compensation down the legal route.

Most establishments will apologize profusely and offer a refund/voucher for your inconvenience, some may even refuse to believe or acknowledge your complaint if you don’t have proof.

If you are very concerned about the hygiene standards of somewhere you have eaten, you can contact the local health authorities who will open an investigation.

In most states, the three main factors to make a claim would be based upon product liability, negligence, and also a breach of warranty, all of which you can find further information about online or if you have already sought legal advice, they can inform you more on these liabilities.

To win your lawsuit for food poisoning, you would have to provide sufficient evidence that the food you ate was contaminated and you’ll have to specify the food item/product that made you sick.

Normally there is a time delay between the time you ate the contaminated food and the time it takes for symptoms to start occurring. This meaning it can be difficult to pinpoint what made you sick, especially if you have eaten other food items at the time/another meal. This can be made easier if a group of people you were eating with, ate the same thing, and also develop symptoms.

Without sufficient evidence within the timeframe, it can be difficult to file a claim, as there is no way of proving that it was a company/establishments particular food that you made you unwell.

You’ll also need to prove that it was the contaminated food that made you sick and not anything else. This can be done by providing a sample of your stool which can be sent away to be tested for food poisoning.

If you’ve taken home the food that made you ill in a takeaway bag, this can be used to scientifically prove your claim. Your lawsuit will be strengthened if you can provide scientific evidence that the contaminated food was what made you unwell.

What is the timeframe to make a claim/file a lawsuit?

Every state varies on how long the timeframe is within which you can file a lawsuit or make a claim. You can find out the law in your state for the timeframe by reading the statute of limitation in the state, or by obviously seeking legal advice.

As a general idea, you will not be able to file a lawsuit for food poisoning several weeks after it’s happened, however, if you had been seeking medical treatment at the hospital and were unable to make legal proceedings, you will have sufficient evidence to go on with your claim.

If you are going to try and sue for food poisoning individually or on behalf of your group, you’ll want to hire a lawyer who specializes in personal injury claims, you can look online for directories that list specialized lawyers in your geographical area.

Some personal injury lawyers even offer a no-win-no-fee service, where you won’t have to pay out unless you win your case.

Additionally, you can join an already existing group lawsuit for food poisoning filed by someone else (this can sometimes be a handful of people or large groups of 50+ people).

Group lawsuits do have their advantages, such as, the current lawyers in that lawsuit will now become your lawyers which will save you the hassle of having to find your own lawyers.

There may also be little to no cost for you to pay as someone else has sought out that lawyer before you. Most lawyers in group lawsuits will also be pleased to hear from you as it will strengthen their case going forward.

A prime example of a group lawsuit was the one filed against fast-food chain Chipotle, which had to pay $25 million to fix criminal charges.

Over 3 years, the popular chain restaurant served contaminated food that made over 1,000 people in the U.S sick and ended up having to pay a settlement to over 100 individuals, however, the cost of settlement is unknown.

How much can you claim?

Is it worth it?

If we’re being honest no. On average, food poisoning lasts a few hours to a day so going down the legal route to claim damages will not be worth all the time is required and legal fees that may occur may not even be covered by your compensation.

Nevertheless, if you feel that food poisoning has severely impacted your health and working life, it would more worth your while to seek compensation to cover medical bills, time off from work, or in the most serious cases, death.

Food poisoning can be totally random sometimes, however, it can be prevented by seeking out hygiene ratings before eating out somewhere, to ensure that food is prepared and stored safely.