Architect and resort owner Addison Mizner once said: "Where there’s a will, there’s a lawsuit."

He couldn’t have been more right.

America has long been seen as the litigation capital of the world. While that title is up for debate, (check out this article for some context) there is no shortage of absurd and frivolous lawsuits in this country.

Some of these suits include cases where a person has sued themselves. It might sound bizarre but there is some reason behind it and even success. 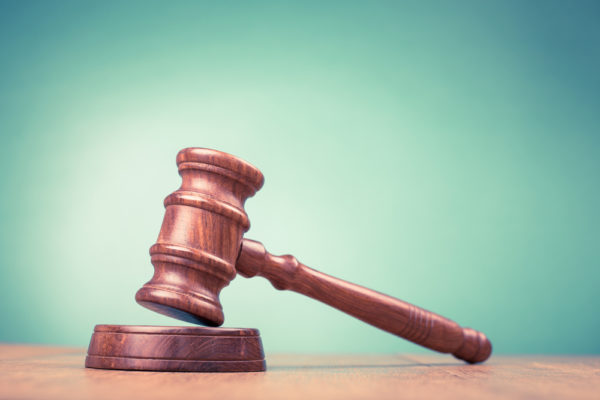 Why Would You Sue Yourself?

At first glance, suing yourself seems to be counter-intuitive. After all, when people sue it is usually to recoup the cost of medical bills or to gain compensation for injuries, loss of earnings, or some other personal suffering.

If you’re suing yourself it follows that you would have to pay yourself the cost of any damages awarded. So you’d be out of pocket anyway.

However, in most cases of self litigation, insurance companies are involved. In these cases, the insurer pays out on behalf of the defendant so, in reality, you don’t end up paying yourself. Instead, you get a payout from the insurer.

There are also cases where a person has sued a company or employer for an accident that they themselves caused at work. In these cases, the plaintiff was attempting to claim damages from their employer rather than an insurer. However, as they caused the accident, the suit was filed against themselves as a representative of the company.

We will take a look at some of the cases in a moment, but before we do, it is important to understand the motivations.

Ultimately, people who sue themselves do so in the hope of getting a payout from an insurer or employer who ultimately represents the plaintiff.

If you cause damage to yourself or your property while driving, an insurer is not obligated to pay because you are at fault. The majority of insurers only pay for damages caused to a third party by yourself. When you sue yourself for damages, you become the third party.

No state in the country has written laws about suing yourself. Whether you are successful in this endeavor depends on case law and judicial precedent. That is, what has been done before and whether a judge decides to grant the suit based on the wording of existing laws.

It’s also important to remember that cases of self litigation are restricted to civil law. You cannot be both the defendant and the victim in a criminal case because it essentially admits guilt.

Before we dive into some cases, let’s have a look at some key terms.

In 2006, a man named Curtis Gokey attempted to sue the city of Lodi, California after a dumper truck owned by the city totaled his car.

Ordinarily, we might sympathize with Mr. Gokey. However, the driver of the dump truck was Mr. Gokey himself.

Essentially, he tried to sue the city claiming that their employee had been negligent in his duties resulting in about $3000 worth of damage to his car. In essence, he was suing himself as he would have had to act as a witness for the defense as well as the plaintiff.

The city refused to allow the case on the grounds that you can’t sue yourself. Thus, as decided by case law and precedent, in California you cannot sue yourself.

Interestingly, the case didn’t end there. Mr. Gokey’s wife then tried to sue the city because the car was hers. This meant that she was, by extension, suing her husband.

The case was once again dismissed because under California law married partners are a single entity except in cases where they are suing for divorce.

The house was transferred from Irene to Thomas in 1996. Thomas then took out a mortgage against the house to start a business. This business failed and the house was repossessed and sold in 2003.

In the 2003 lawsuit, Irene claimed that her son Thomas had forged the transfer documents and so it should not have been foreclosed and sold.

On the face of things, this seems to be a fairly run of the mill case. However, Irene Prusik-Parkin died in 2003 before the case was made. It turned out that Thomas had given the funeral director false information so that his mother’s death would not be registered by the government and he could continue to cash her social security checks.

In essence, Thomas was suing himself for forging the transfer of the house. He even went as far as to dress up like his mother at a meeting with the new owner of the house.

Ultimately he was found out and the case was dropped. Thomas was also charged with grand larceny and fraud and ended up with a 41-year jail sentence.

So, what do we learn from this case? You cannot sue yourself by pretending to be someone else. Not only will you fail, but you will also face severe consequences.

In Nevada in 2015, Barbara Bagley and her husband Bradley Vom Bauer were involved in a car accident. Bagley was driving when the car flipped and Vom Bauer was thrown from the car.

Bagley tried to claim damages from her car insurance company to cover the medical and funeral costs. However, the insurer argued that as she was responsible for the crash, they would not pay.

Bagley sued herself for negligent driving with the aim of having the insurer pay should she lose the suit. This gets a bit confusing but stick with it.

So, we end up with a case that has Widow Bagley acting as the heir of Vom Bauer suing Driver Bagley who is the defendant in the case.
After going all the way to the Supreme Court, the Widow Bagley won the case and was awarded damages. Of course, this also means that Driver Bagley lost the case and had to pay the damages. Though these were covered by the insurance company.

There is no written law establishing whether or not you can sue yourself. Each case turns on its own merits. Success will ultimately depend on the nature of the case and how judges interpret existing laws and precedents.

Bagley V Bagley does suggest that there is a chance of success when suing yourself.