The origin of the jury is often disputed. It’s widely believed that jurors began as neighborhood witnesses who passed judgment on the basis of what they believed.

Over time, the jury system has evolved into the one we know today. In the USA, it is considered a privilege to be selected for jury duty as many other countries don’t have this advantage.

If you ever get the opportunity to serve on a jury, you definitely shouldn’t take it for granted. Try your best to enjoy the process and remember the importance of trials by a jury of your peers.

There are typically 12 jurors required per trial. These are initially selected from a larger pool of around 40 people, sometimes more. These people are usually selected at random from a list of registered voters or driving license holders in the area.

The process of jury selection is also known as “Voire Dire”, which means to speak the truth. 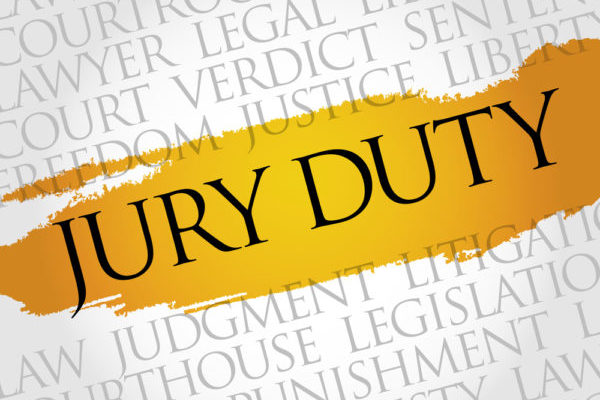 Once a pool of around 40 people have been selected and contacted, they will be required to fill out a pre-trial questionnaire. This questionnaire is fairly basic and doesn’t require the potential juror to delve into lots of personal details.

They’ll be asked about their occupation, to ensure that they don’t work for the courts. Their last names will also be compared to those who are involved in the trial to ensure that there’s no immediate relation to either party. This helps to prevent bias in the courtroom.

The next stage in the jury selection process involves the judge directly asking them questions.

The questions at this stage will often involve criminal history or if the juror has any connection to anyone involved in the trial. If a juror is a friend of a witness, for example, this could result in an unfair trial.

Therefore, they’re likely to be eliminated from the process right away by the judge.

At the end of the questioning, each party is allowed to make strikes and eliminate certain people. The goal of the attorneys at this point is to eliminate any bias against their client.

For example, if it’s a case that involves a DUI incident, the attorney may ask if you’ve ever gotten behind the wheel when you’ve maybe had one too many. They use this probing technique to weed out any possible bias and then eliminate those jurors.

The questions asked during this stage in the juror selection process are usually used to identify personal beliefs, strong opinions, or red-flag personality traits.

Attorney’s typically do this with specially worded questions so that they don’t appear to be making their decisions for discriminatory reasons.

For example, they may choose to ask questions such as, “Which charity do you choose to give money to?” or, “Where do you choose to volunteer your time?.” This may prompt potential jurors to mention churches or other faith-based organizations.

Jurors that are thought to hold any bias will usually be eliminated at this stage. For example, if the trial in question involves a victim that is a young child, potential jurors with young children are likely to be eliminated due to the possibility of them being emotionally biased.

If you come across too talkative or too opinionated, you’re likely to be thrown off the jury. This part of the process can take up to a whole morning. So even if you’re not ultimately chosen to be part of the final jury, it can be time-consuming.

Can I get out of jury duty?

There are very few instances where you won’t be required to show up for jury duty and no one is above it. The only occupation that can interfere with jury duty is if you work for the court itself, otherwise, you have to be there.

Barack Obama was famously selected for jury duty recently and he attended. However, he was ultimately eliminated before the trial. This is probably due to the fact that he is a well-known political figure with strong views.

However, there are some genuine reasons why people are unable to attend jury duty. One of these is if they’re experiencing financial hardship. For example, if someone is the only person who works in a large family to support them, they may not be able to afford to take time off work.

Even though the courts provide compensation for your time, for many people this is not enough. Another reason someone may be excused from jury duty is if they suffer from certain physical or mental disabilities.

You must speak and understand enough English to fill out the jury forms, and you must also have the mental and physical capacities necessary to sit in the court, hear the attorneys and witnesses speak and make a decision on your own.

What’s the problem with the way jurors are selected?

Although efficient, the way in which jurors are selected in the USA is arguably much more problematic than other modern countries. This is due to the fact that attorneys can essentially eliminate a certain number of jurors without giving a reason.

These are called peremptory challenges- and this is where things can get a little messy. While lawyers aren’t technically allowed to use the challenges to discriminate on the basis of race or gender, that doesn’t mean that they don’t try.

The racial balance of a jury can impact the overall verdict of the trial dramatically. Studies have shown that all-white juries are harsher on black defendants, make more errors, and discuss less of the facts of the case.

Cases such as the Emmett Till trial and the OJ Simpson trial often remind us that racially biased juries can still exist.