If you’ve ever been involved in a hit and run, then you’ll know what a scary experience this can be.

Getting into a car accident is bad enough, but when another driver hits you or your vehicle and then flees the scene, the process of sorting everything out is even more challenging. It’s understandable then that you’d want to know what to expect and when.

On the other hand, if you’ve accidentally hit another car and, in a moment of panic, you left the scene without providing your details, and now you’re worried about the repercussions, you’re likely wondering how long it will be until the police contact you after the hit and run.

Depending on which side of the coin you’re on, you might be disappointed (or relieved) to find out that in a lot of cases, the police won’t contact you at all after a hit and run. This article will provide you with further details as to why that is, and what to do in the event that they do contact you. 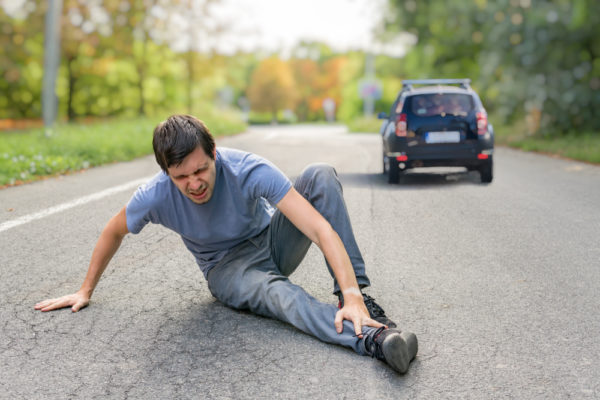 The Extent of the Damage

Despite the fact that it’s a crime to leave the scene of a hit and run accident, there are some circumstances in which the police won’t get involved.

In many states, the police won’t actually investigate a hit and run unless there has been some type of bodily injury or extreme damage to the vehicle(s) involved. They’ll also investigate if there’s any evidence of driving under the influence or if there’s suspicion of an offense.

If the police do decide to conduct an investigation, the timeframe in which they contact both parties depends on the information they have to go on. Trying to locate the offending driver when they haven’t left their details can be tricky, so what happens next after an accident is important.

Victims of a Hit and Run

If you’ve been the victim of a hit and run crime, it’s your responsibility to report it to the police so they can open an investigation.

The information you can provide them with will determine how quickly they can then locate and get in contact with the other driver, so it’s important to know what to do in the case of an accident if the other driver flees the scene.

I know it’s easier said than done, and in the aftermath of such an unexpected event it’s completely normal to be disoriented or even in shock if it was a particularly bad crash, but try to remember all you can about the other driver involved. This includes details about their car, the event itself, and any distinguishing features about the driver.

Writing this down so you don’t forget it is a good way to help the police identify the perpetrator, which means they’ll be able to contact them more quickly so you can get it resolved.

Any bystanders or witnesses and CCTV footage can also be hugely helpful in a hit and run case, as they can provide evidence of the crime that has occurred.

In cases where the victim is able to note the car registration number, the police may be able to find the name and address of the perpetrator relatively quickly by entering this information into their police database. This will only prove useful if the offending driver is insured, however, and if the car in question belongs to them.

If either of these is not the case, then the police won’t be able to find them in their system which means it will take longer for them to be traced and contacted.

Perpetrators of a Hit and Run

If the owner of the car you hit is not present at the time, you’re supposed to leave a note with your contact and insurance information.

We’ve all felt the sudden panic that kicks in when you’ve done something you shouldn’t have, but it’s important to remember that acting on this means you’re committing a crime that can result in the following consequences:

You can still go to the police and report the hit and run after initially fleeing the scene. Even if you don’t, you may find that they end up contacting you anyway, either to issue a formal warning (where they believe a crime has been committed but without the need for prosecution) or to charge you with an offense.

This could be anything from the day of the accident up to six months from then. After this point, the case will be dropped if the evidential threshold is not met, as a decision to prosecute must be made within this timeframe.

Ultimately, it’s difficult to estimate how long it will be before the police contact you after a hit and run due to the number of variable factors.

If you’re the victim of this type of automobile crime then you’ll likely be contacted sooner by the police, as they’ll have your contact details from when you reported the incident, and they’ll be in touch as soon as they have more information on your case.

Even if there’s nothing they can do, they’ll usually contact you to issue a Notice of No Further Action.

Perpetrators of a hit and run will typically have more time to wait before the police contact them, although this entirely depends on how quickly the police are able to track them down.

If you’ve been identified as being at the scene of the crime, you’ll be contacted as soon as the police can locate you. This will be much sooner if there’s evidence such as CCTV or if the police find your information in their databases using your vehicle registration number.

We advise that if you have been involved in a hit and run where you were at fault, you contact the police as soon as possible.