Knowing how the criminal court process works when you’re a citizen can be difficult, but it’s important to know what to expect if you ever find yourself going through it.

Legal proceedings can take a long time which can be intimidating when you’re facing it. 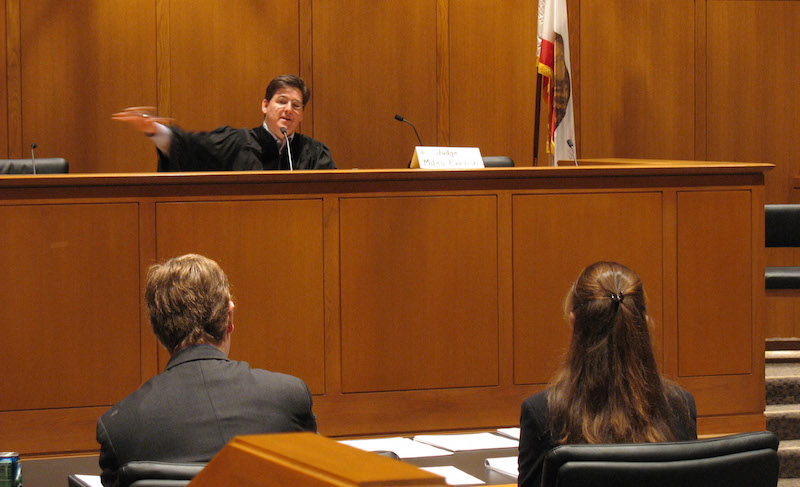 We’ve given you a short rundown of this process right here by answering how long the typical wait is between arraignment and the trial proper.

We’ve also described what you can expect at the arraignment and how the next steps of the legal process will play out, depending on whether you’ve been charged with a misdemeanor or a felony.

While we can give you an idea of how long the process takes, keep in mind that the process will have slight differences depending on which jurisdiction you’re charged under.

For those who don’t know, arraignment is often the first court appearance for you if you’re the defendant in a criminal citation. After you’ve been arrested one of two things can happen depending on the severity of the alleged crime.

Either you will be charged and released after they get in writing your promise to travel to court for future proceedings, or you’re booked in jail, at which point you either post bail or stay there until your court appearance.

If you’re in federal court, the arraignment must take place within 48 hours of the arrest, though it’s 72 hours if the arrest occurred on a weekend. Otherwise, the time you can be waiting for arraignment will vary across jurisdictions.

New York is reputed for its high arraignment turnover that’s imposed through a 24-hour limit. In California, it’s the same as the federal standard at 48 hours.

So, what happens at the arraignment? As the defendant, you get read the indictment that’s being held against you. After this information is relayed to the accused, they will enter a plea.

You’ve probably seen this in legal procedural shows, where the accused must declare that they are either guilty or not guilty, though the exact words that count as an acceptable plea change across jurisdictions. Your legal representative will let you know which terminology to use in your plea.

The arraignment is also when the defense legal team will enter their own peremptory pleas for pretrial release, usually by arguing that the trial cannot proceed and should be barred from continuing.

They do this by arguing that the case has no substantial merit. If there’s a risk of double jeopardy occurring, this where that would be argued and decided upon.

If you’re in a compatible jurisdiction, it’s possible that you can enter alternate pleas that aren’t the standard guilty or not guilty declarations. These tend to function as guilty pleas in how they work without being official guilty pleas.

Examples of these include nolo contendere, or no contest pleas, and Alford pleas where a defendant pleads guilty to a crime in order to get lighter sentences than if they fought and lost a not guilty plea.

Under certain conditions, videoconferencing technology will be used so that the arraignment can occur via video feed.

This is best applied where getting the defendant to the courtroom is unfeasible or the safety of the defendant and others cannot be guaranteed, so an audio-visual link is established instead so that the defendant can have their charges read to them remotely.

How Close Is The Trial?

The amount of time between arraignment and trial will differ depending on whether you were arrested on suspicion of a misdemeanor or a felony. No matter which one you’re facing, the 6th Amendment of the United States Constitution guarantees your right to a speedy trial.

For misdemeanors where you’re being held in custody, your trial must be within 30 days following the arraignment date. If you’re not in custody for the interim period, this limit is expanded to 45 days.

In the interest of your attorney gathering more evidence, you are allowed to waive your right to a speedy trial though will usually still need to take place within 10 days of the original trial date.

As you can imagine, the right to a speedy trial tends to be waived by those who don’t spend their nights in a jail cell.

As for felony charges, there will be a middle stage between arrest and arraignment called the preliminary hearing. This is where sufficient evidence must be presented to prove probable cause to a judge. These hearings will take place within 10 court days of the arrest.

If you waive the right to a speedy trial, this can be extended up to 60 days so that your legal team can gather more evidence to present at the preliminary trial to try and prove that the case has no standing and must be dismissed.

Assuming that probable cause has been established and the process is moving forward, the prosecutors will file for information 15 days after the preliminary hearing. Once the information stage has been properly filed and arraignment has taken place, the trial needs to start within 60 days.

As with all legal information, the exact number of days between certain legal bouts within the prosecutorial process will differ depending on the state, county, and even the discretion of the individual courts.

We’ve just given you the general time periods that you should expect during your proceedings, but you will need to find the jurisdiction where your case is filed and see what their specific process looks like.

It’s also part of your attorney’s responsibility to inform you of the legal process so that you know what to expect, so ask your legal team or the legal defense that will have been provided to you at court during your arraignment.