It can be tempting, after a minor bump in the car, to just exchange insurance details and go on your merry way. However, you’re leaving yourself open to fraudulent claims and extra hassle if you do not file a police report.

The problem is, we’re all busy people. When you’ve already been delayed by a car accident, you don’t want to waste more time filing a police report. No doubt you tell yourself that you’ll do it later.

But can you do it later? That’s the question that stumps a lot of people. Do you have to file a police report immediately or can you do it after work? 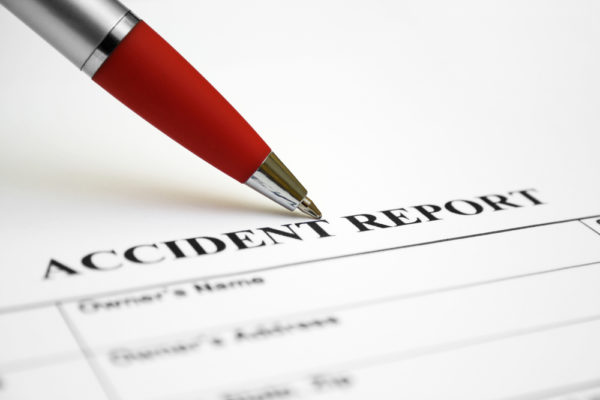 Do I Need to File a Police Report?

Police reports following a car accident are sent to the Department of Motor Vehicles. In most states, the deadlines and laws that govern accident reporting require the reports to be sent to the DMV.

Calling the police and filing a report is the easiest way to get this information to the DMV. If you don’t call the police then you are required to report the accident to the DMV.

As you may have guessed, the laws around accident reporting vary from state to state. There is some common ground in that a report must be filed if a person is killed or injured in every state.

However, smaller accidents, where the only damage is to the car, don’t always need to be reported. It is still a good idea to have a police report even if the accident is minor. We’ll talk more about this in a later section.

The majority of states only require an accident to be reported to the police and subsequently the DMV if there has been death, injury, or property damage over a specified value. In most cases, this value is between $500-$2000.

In Nevada and Ohio, all crashes must be reported. While Tennessee has the lowest property damage threshold at $50.

Why You Should File a Police Report

As we’ve mentioned, if you bump into someone in a parking lot or have a minor accident with no injuries, you are not always required to file a report.

However, it is always in your best interests to file a report. Despite the hassle and the extra time it takes.

You see, a police report is an independent account of the accident. It is of great use when filing insurance claims and it can help protect you from lies and false claims later down the line.

The thing is, you don’t know the real intentions of the other party. They might say that they agree with you at the scene, but they could later file an insurance claim that contradicts what you agreed at the time.

Without a police report, these situations become ‘he said, she said’ cases which can be difficult and time-consuming to resolve.

If the police are called after the accident, they collect statements from both sides which are recorded independently. It is a lot harder for a party to lie about what happened if the police report contains a contradictory statement from themselves.

Another reason for getting a police report done at the scene of the accident is that some injuries and damage may not be noticed till later. When you have a car accident, even a minor one, adrenaline and shock can affect your body and mind.

You may not notice pain or damage at the scene because you are shaken up. If these become apparent at a later date you could be sued by the other party.

Having police at the scene allows damage and injuries to be assessed by a calm and objective observer. You might not be in a fit state to properly assess the crash, but the officers will be.

Police officers will also document and evidence the landscape and driving scenario. This will help determine fault at a later date if needed. With the police report as evidence, you may be able to prove that the accident wasn’t your fault if a suit is filed against you at a later date.

In some cases, you may call the police for a minor accident and they will decide not to attend the scene of the crash. You should still file a report with them as soon as possible. They will gather statements and, if necessary, visit the scene at a later date.

There are times when a police report is not at all required and will not be filed even if you call to make a report.

If an accident occurs on private property the police will not file a report and will not attend the scene. Private property refers to any land that is owned by an individual. This covers your home, your driveway, any land in your name, and also store parking lots.

If you reverse into someone on private property or you hit a garage door, for example, you will need to document everything yourself.

How Long Do You Have to File a Police Report?

Again, this varies between states. We recommend filing a police report immediately at the scene of the accident where possible. However, in some states there is leeway.

The table below shows each state’s timeframes. It’s important to note that these timings refer to the date by which the DMV should have the report.

If you file a police report, they should pass this on to the DMV within the time frame. However, you may need to chase this up if the police department is delayed.

As you can see, there is quite a wide range of time limits. Many states require you to immediately file a report which generally means doing so at the scene of the crash.

In other cases, like in Arizona, you have half a year to file a report.

Ultimately, you are better off filing the report at the scene of the crash. It protects both parties and can help prevent unjustified litigation at a later date.