If you’re here, you’ve either already had your accident or you just want to know the process in case you need it in the future. Whichever one fits you, we’ve got you covered with this small guide on reporting a car accident to your insurance.

If you have suffered an accident, figuring out when is the perfect time to call the insurance agency is probably the last thing on your mind.

You’re going to be busy but fortunately, you have some time, though we’d still advise that you read up on car accident insurance practices whenever you can so that you’re best prepared. 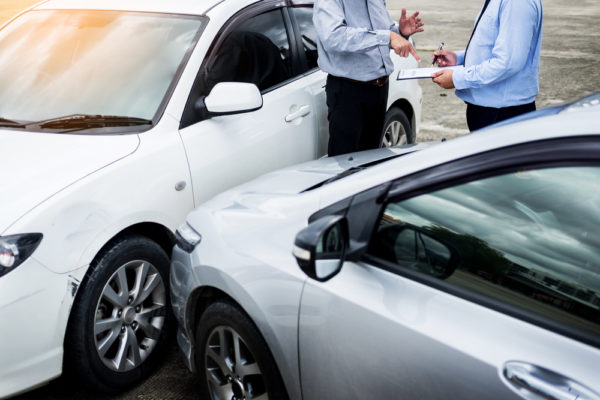 The Deadline for Reporting an Accident

There’s no one deadline that you can point to for reporting a car accident. It’ll vary depending on your insurance provider and which specific policy you have.

Most policies aren’t helpful in establishing a hard deadline by which you must have notified them about the incident. Instead, they use vague language that uses words like “reasonable time” and “promptly” that aren’t handy for planning ahead.

Some have noticed this issue, however, mainly those that have adopted no-fault car insurance. New York is one of the biggest states to do this, requiring that you report the incident to your insurance provider within thirty days.

Even then this isn’t set in stone. If you’ve been physically incapable of filing a claim then the legal system isn’t going to hold it against you that much. Let’s throw New York aside for the moment, though, and assume that your insurance policy doesn’t outline a specific deadline.

Why is there a limit to how long you can wait to report an accident? It’s based on purely practical reasons. The more time that passes since your accident, the harder it will be for your insurance provider to investigate and verify your claims.

A lack of specificity as to the events that occurred will only harm your case since you as the policyholder must help prove claimed damages and whose fault it was.

If any delay has occurred, it’s still best to contact your insurance provider as soon as possible and, when you do, you should come with as much evidence as possible.

The insurance providers don’t dismiss your claims simply because you didn’t contact them in time, they have to weigh up whether your delay caused harm to your case and the insurance company themselves.

Car insurance companies can’t just turn you away over a technicality in reporting your accident but holding off certainly doesn’t help.

This is called prejudicing your claim. If you had a delayed reaction to the car accident and you have nothing to show for it, the insurance providers can often reasonably decide that your late claim filing is a detriment to the company.

If you come to them with an airtight case, they can’t argue that the claim is prejudiced since you have provided good evidence to back up your claim filing.

If you believe that you’ve been unfairly turned away from an insurance provider, there are other claims that you can put forward such as bad faith denial of your injury claim to try and fight their decision.

As with anything surrounding insurance, it’s not guaranteed to be that simple. We haven’t mentioned policy yet, most insurance providers will have their own policies regarding claim filings and delayed reactions to a car accident.

Whether they’re correct to deny your claim for those reasons is another thing but insurance providers will usually get you with policies that disincentivize delayed action. Suing your insurance company is an option but most of the time it’s friendlier to your wallet to find the cash to fix your car.

The Statute of Limitations

With all of the above in mind, you need to keep in mind that the US legal system has implemented statutes of limitations to avoid claims being filed too long after the incident has occurred.

Again, this changes depending on which state you’re in but you should have two years as your maximum limit. A delay due to practical or logistic reasons in your own life is one thing but you absolutely should be able to file within two years.

Once this two-year window has expired, the lawsuit will get dismissed if it ever makes it to court once the defendant cites a statute of limitations violation.

The statutes of limitations are in place so that matters get dealt with in a prompt manner. There are also practical reasons too, it’s much easier to settle a case that happened within the last two years over ten years ago.

Remember that it takes time to build a case too, you need to gather and sort through the evidence, form arguments, deliver them through court hearings, and decide on whether you’ll settle if an offer comes through.

All of that takes time. You want to report any incidents as soon as possible so you can present the case before any deadlines.

Example of a Case

Let’s go through a brief example of what a car accident case may look like using what we’ve learned. Let’s say you leave your car in a parking lot where some pro driver manages to put a dent in your vehicle.

That means this is purely based on vehicular damage and not any damage to you or your person since that’d complicate things and get into compensatory damage possibilities.

Upon seeing the damage, you must snap pictures to document that the damage has occurred. If your camera or phone device has a way to date the pictures with metadata, that’s even better.

If you were at an establishment with cameras, try to get footage of the incident occurring if any of them were facing your car. Most places should be very accommodating and get you the footage if the area recorded is part of public grounds.

Again, timestamps on that video would be great and most cameras come pre-programmed with this feature.

Now you have all the evidence you should need, though if you get an identifiable license plate out of the video evidence then that’s all the better. Now, the best thing to do would be to file your claim at the earliest possible moment.

Since you’ve got a dented door or two, you won’t be able to wait too long since the damage isn’t serious enough to warrant the delay.

If you do pursue action against the driver and it turns out there’s a government entity involved in this case, you’ll need to act fast to secure any compensation as many places demand action within six months.