Judgements can have a lasting impact even after the punishment has long passed. This usually takes place in the form of your criminal record which can have an impact when applying for a job, mortgage or bank loans.

In this article, we’ll be looking at what a judgement means, how long they can last and why they last the amount of time that they do.

Hopefully, this will give you a rounded view of how judgements work within the American justice system and give you a better understanding as to the reasons behind it.

It is important to note before delving into this article that every state has their own set of laws when it comes to judgements and how long they last. The information we provide is based on an average across all of them but it can vary depending on which state you are sentenced in.

Equally, when you are sentenced in one state, it cannot be transferred to another state but it will remain on your record if you decide to move. You may have been fined and paid it off straight away but it’s important to research and understand the repercussions of a judgement. 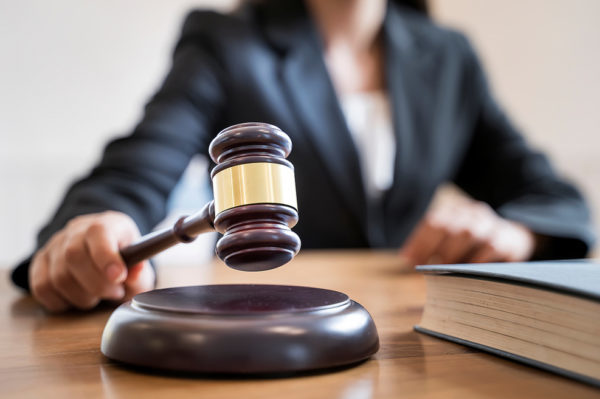 What is a judgement?

In the dictionary, a judgement is defined as the ability to make considered decisions or come to sensible conclusions. In most court cases, a jury will decide whether the defendant is innocent or guilty and then the judge will pass a sentence.

In small claims court, a judge will be the sole person to decide the defendant’s innocence or guilt and then pass the sentence. When it comes to cases where a fine is incurred, the judge will consider the physical, emotional and legal costs throughout the case when it comes to finding a suitable figure.

When a judgement is passed, the party can appeal the sentence but it is not guaranteed or likely that it will be overturned, especially if the appeal has been requested by a defendant who was found guilty the first time around.

How long can a judgement last?

A judgement can last as long as six years depending on whether the sentence has been carried out. For example, if the defendant has been found guilty and set a fine, they may not have paid it all off and thus still carrying out their sentence. This means the judgement will be on their record.

However, if the defendant is able to pay off a fine straight away then you may be able to have the judgement erased from your criminal record sooner. This isn’t guaranteed, however, but it does mean you won’t have the judgement looming over you should you apply for a job or bank loan, etc.

You can dispute the judgement in a bid to scrap the judgement off the record entirely but as expected, this would open an entirely new case and if found guilty again, it will look even worse on your record.

Again, this will make it harder to apply for credit should you need it. It is also important to note that the length of time a judgement will be on your record depends on the state where you are sentenced. The overall average is 6 years but it is entirely dependent on the individual state.

Why can a judgement last so long?

There are a few reasons why a judgement can last so long. The first reason being that the guilty party is taking a long time to pay their fine thus elongating their sentence and meaning that the judgement will stay on their criminal record longer.

Another reason is due to a failed attempt to have the judgement erased from a record sooner after paying the fine. As stated, it is entirely dependent on the judge and the state where the sentence is passed out.

This being said, the sooner a fine is paid off, the likelier it is that the judgement will not be on your record for another six years.

Also, another factor could be the scale of the case. If the party is subject to paying off a relatively small amount then the chances are this will not stay on the record for as well whereas a larger fine could attract a longer judgement and longer period of time for the judgement to be listed on that person's record.

Another factor to consider is a person’s specific record. Is this their first offence or are they a repeat offender? If they are the latter, it is more likely that the judgement will stay on their record for longer, particularly if it isn’t their first fine.

Can a judgement be renewed?

Again, this is entirely dependent on the individual state. In most states, a creditor can request a renewal between 5-7 years after the judgement was initially passed but there are some examples where it can take much longer.

In California, creditors have to wait 10 years before putting their renewal request in and in New York it can take up to 20 years depending on the initial judgement.

The renewals are not guaranteed and is entirely up to the judge assigned the case, assuming that the judge who initially passed the sentence is not judging the case again.

Having a different judge can work in a defendant’s favor as a new judge equals different perception whereas if it is the same judge, they are likely to stick to the same judgement as last time.

Although judgements do stay on your record after they have been passed, this does not mean that everything will definitely come crashing down.

For example, if you have paid off your fine and the judgement is still on your record, it does not mean for certain that you will get rejected from jobs or financial applications.

If you can prove that you have gotten back on your own two feet and dealt with your financial struggles then this will look in your favor when applying.