Court cases are hugely stressful at the best of times. The worst aspect of them is the amount of time that they can take depending on what kind of case it is. The first thing to consider is the nature of the crime. Is it a misdemeanor or a felony?

This can affect the length of time it takes for a prosecutor to review a case. On top of that, how much evidence is there for the prosecution to review? There is a lot that comes to reviewing a case and making sure it is done correctly is the prosecution’s prerogative. 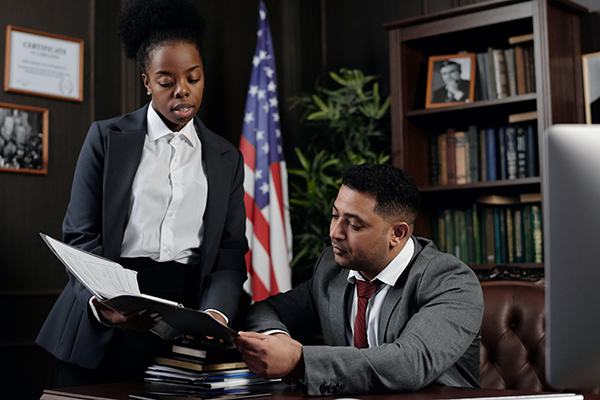 By the end of the article, you’ll be fully informed as to how reviews are conducted and the time it takes to complete. Case reviews are important because they allow the prosecution to go through all of the evidence thoroughly and see what they have and what evidence is missing.

What is a case review?

A case review is a review undertaken within 30 days after a not guilty plea is filed. The prosecution must decide what sentence they are going to seek should the defendant be found guilty.

A judge is not present during the case review as it is decided whether the case needs to move forward and be presented to a judge at all.

The prosecution will look at all of the evidence presented by the DA and police force and try to figure out what the contextual narrative of the crime is and whether they can figure out who the perpetrator is.

Usually, the prosecution will have a sentence in mind but it is important that they look through the evidence to see what they can realistically pose as a suitable sentence.

How long does it take for a prosecutor to review a case?

It can take the DA weeks or months to review a case depending on what the case entails. If the crime is a felony, the prosecution has three years to decide if the defendant is going to be charged or not. If it is a misdemeanor it usually takes a few weeks as they are seen as less severe crimes.

The DA will review all of the evidence and try to collect more and see if it corroborates with their narrative and prove the defendant’s guilt or not. They need to take their time as it will assist in coming up with a sentence that fits the crime.

After everything is collected and handed to the prosecutor, the prosecution will then take 2 to 3 days deciding on what the next steps are. They do have 30 days after a not guilty plea is filed but it takes a shorter amount of time due to the severity of the crime and how much evidence there is to review.

Why does it take so long?

Reviewing a case takes so long because the DA has to come up with a significant amount of evidence that brings a strong narrative to the defendant’s guilt.

If the crime is a felony, the prosecution will take more time because they need to collect physical evidence, testimonies and anything else relating to the case.

If it is a crime that can bring a long prison sentence or the death sentence depending on the state, it is crucial that the prosecution makes sure the case and narrative they have is ironclad and cannot be disputed.

They do have within 30 days of a not guilty plea being entered to make their decision but it is in the prosecution’s interest to be as quick as they can in reviewing the evidence so as not to create impatience amongst the defence team and the judge.

The prosecution will then justify their ideal sentences before the judge and the trial will commence.

Case reviews are an essential part of the prosecution’s case. They are able to review all of the evidence the DA and police force are able to find and figure out what the narrative is.

The prosecution will thread the story together using the evidence and thus be able to articulate the crime in context, ensuring that they have all of the testimonies and physical evidence possible.

If there is a piece of evidence missing, the prosecutor will then use the time they have before the trial to see if they can find the answers.

They can also ask the DA and police to look further into certain aspects in case something was overlooked by mistake or left out of the evidence due to the opinion that it was insignificant.

As ever, it also depends on what state the subject is being charged under. Each state runs under their own set of rules so the amount of time taken to review a case can also differ.

However, the general idea is the same as it is the duty of the prosecutor to see what punishment fits the crime and how the evidence plays into that.

Case reviews may take some time but it is important that the prosecution is given the time that they need to analyse and evaluate the evidence before taking their next steps.