After being charged with a crime, the next stage will be to go to court and begin the trial.

With court dates being set up months in advance, defendants are waiting a long time between being charged and receiving their court date due to the excessive wait.

Crimes are usually categorised as either a misdemeanor or a felony and which one it falls in can determine how long you have to wait before your court date is set.

There are many components that can result in short or long waits which we will delve into to give you an idea of how the waiting process works.

Sometimes court dates can be set within days and other times, it can take months before you see the inside the courtroom. So why is this?

This article will tell you everything you need to know about why receiving court dates for felonies can take a while by defining what actually qualifies as a misdemeanor and a felony before delving into why there can be a long wait to receive a court date, can there be delays and whether you can request to bring your case forward to avoid a long wait. 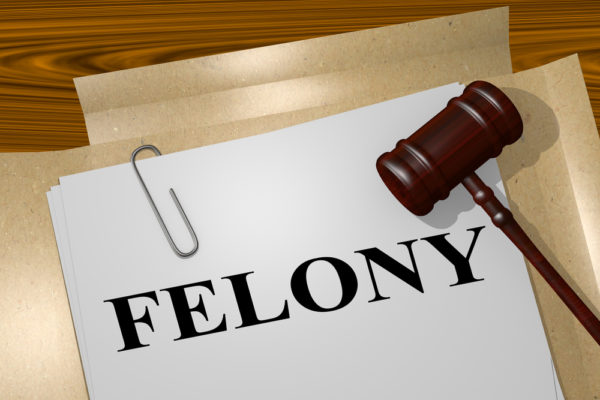 So what is the difference between a misdemeanor and a felony?

A misdemeanor is categorised as a minor crime or wrongdoing which can include assault, shoplifting and trespassing. They tend to be crimes that give a lower punishment and quick to conclude. Misdemeanor crimes don’t need as much preparation as a felony with less witnesses and analysis.

On the other hand, a felony is a crime that is considered worse than a misdemeanor and because of the level of seriousness of the crimes within the umbrella of a felony, the wait to receive a court date is longer than misdemeanors.

These crimes can include murder, rape, arson and kidnapping among others so the trials take a lot of organising to ensure that justice will be served in a non-biased manner.

Felonies also tend to grab the attention of local press and in some cases, national and international attention. In these instances, further precautions have to be taken to ensure the safety of those involved which we will discuss further on in this article.

When scheduling a date for court for a felony, there are many aspects to be considered with the first being taking everyone’s schedules into account. In felony cases, there are a lot of people involved including lawyers, witnesses and various experts depending on the crime.

Juggling all of these schedules can be a bit like playing tetris so the wait to go to court can be a long time. Legally, a court date must be set within 45 days but if there is a lot of information and evidence to go through, there can be some very hefty delays.

So what will happen in the meantime? If charged with a felony, there is a high chance that the defendant will be held in jail until the trial.

Can the initial court date be delayed?

The simple answer is: yes. Because of the nature of felony crimes, there tends to be a lot of scientific analysis involved including DNA tests.

Both the prosecution and defence use the time between being charged and going to court to collect as much data as they can which can take a while, especially if they know it can contradict a witness from the other side.

Another factor into waiting a long time for your court date can also be having multiple attorneys. The conflict in interest and agenda can often lead to contradicting viewpoints as well as differing plans.

For example, one attorney may suggest pleading guilty for a lesser punishment but another may be adamant of the defendant’s innocence.

Felony cases are also subject to many delays while evidence is gathered. Lawyers can demand delays of up to eight months. When this happens, arrangements are usually made in terms of where the defendant is due to be held during the waiting period.

If a court date is delayed, it is usually a good sign for the defence as the case gets older. A case can be delayed as many times as is allowed but this is entirely up to the judge with some being more lenient than others.

The last thing to note would be the press attention. Usually felony cases can garner a lot of attention from local and national media meaning that passions can get quite high, particularly in the most severe cases.

Because of the attention, the safety of everyone involved in the case including the defendant, lawyers and witnesses is important and usually extra police and security need to be on hand in case anything goes wrong.

Can you request your court case to be held sooner?

You can request for your court date to be moved to a closer date. This can be motioned by your attorney but it is not guaranteed whether this is possible as all of the above needs to be considered.

It is usually misdemeanor cases that are granted closer dates because of how complex felony cases can be. If you have been charged with a felony crime, it is actually advised to allow the long spending time as your defence team gathers as much evidence as possible.

Waiting to go to court can be a stressful time which will most likely have negative effects on your mental health, personal life and also public perception if it’s a high profile case.

However, if your date is brought forward then it is likely that not all the information has been collected and your case will be poorly defended and thus most likely ending up as a guilty plea.