When people think about suing or taking any legal action, they conjure up images of prolonged court cases and conflicted juries.

The truth is that when it comes to civil suits like car accidents, many get settled before they even see the inside of a courtroom. Whichever way you end up going, it’s important that you know where you stand. That’s why this page exists.

Here we’ve done three things. First, we’ve answered your question, of course. Then, second and third, we’ve described what you can expect if you either settle out of court or take the case to court. 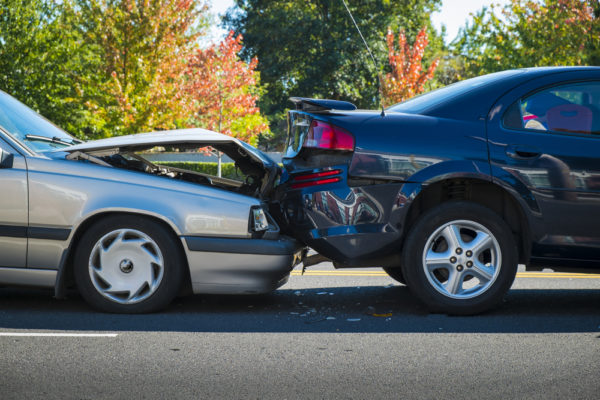 Before we get into the details, it’s worth mentioning that many legal firms have personal injury calculators built into their online presence.

This allows you to get a rough estimate of the value of your case before you even make the first move, helping you to discern whether it’s viable to pursue your case or not.

Such tools are useful because there’s no one way that insurance industries will calculate car accident settlement amounts. After all, it depends on the nature of the crash.

Getting rear-ended is one thing but, if you’ve been involved in a roll that’d make a stuntman blush, you’re going to get more for the significant damage to your vehicle and person.

You need to go to a doctor to qualify for pain and suffering compensation as part of your lawsuit, so make sure you do that. Even if you don’t feel any pain, it’s possible something has been damaged that the doctor can pick up on, and it’ll fortify any legal actions you take.

One of the reasons whiplash has the reputation it has is that it doesn’t present symptoms until days after a crash, making claims look suspect even when legitimate, so it’s always best to see a doctor as soon as possible.

So, now for what you came here for. How much can you expect if you win a car accident settlement? There’s a few ways to separate out the numbers but the general advice you’ll get without going into specifics is this:

The first two are straight forward enough, you’re going to get billed for those so you’ll have a neat number to work with. Let’s say that after the crash, you’re expected to pay $5,000 in medical bills. You were laid up to the tune of $3,000 and lost a week off work, which averages out at $990.

Now, you’d be naïve to think you’ll actually get this. It depends on the individual cases, so for good measure, we’d suggest expanding about $5,000 in both directions. This would establish a lower figure of $21,000 and a higher one at $31,000, with your settlement falling in between depending on how the case goes.

Naturally, the more severe injuries get the higher payouts, and there are other provisions that can award you more such as whether the driver was abusing any substances or not.

Unfortunately, policy maximums are a thing. What are they? If their insurance limit is at $20,000 but you’re entitled to $25,000, you won’t get all of that in court. Instead, you’d need to sue the sole person responsible to get the rest.

As we’ve said, settling for car accidents is a common occurrence.

It’s easy to see why since by settling out of court you receive your compensation much faster, you don’t have to pay extortionate attorney fees, you remove the unpredictability of a jury deciding your case, and you don’t have to go through all of the hassles of appearing at court.

It's all about risk assessment. Can you afford, in terms of probability, to miss going to court? How strong is your case? Some cases are open and shut, others aren’t.

If you’re not confident in your case and you get offered a settlement, it’s obvious what many people would do.

We say you should compare the settlement amount with the value of your accident claim. Is it a suitable difference that you can accept? If not, fight it. If you want to kickstart the settlement process, you can send a demand letter outlining your case directly to the person at fault or their legal representatives.

You need to have your ducks in a row before attempting a demand letter. Have all medical records, employment records, car liability evidence, and other relevant evidence types to hand and reference it all in a chronological, clear, and concise way in your letter.

Try to be as detailed as possible, recounting events as you remember them happening.

Going To Court Over A Car Accident Lawsuit

Whether the settlement wasn’t attractive enough or peace was never an option, you’re going to court. Most of the time a settlement is preferable but it can be necessary to see these things through to the end sometimes.

The first step is that your lawyer files the lawsuit via legal complaint. At the same time, the other driver needs to be notified of these proceedings via a server or an officer of the law. There’ll be a lull where the driver has a chance to respond, more often than not it’s twenty days.

Next is discovery. This is the fun part of any case where both legal teams scramble for every piece of evidence that they can use to argue in their client’s favor.

The two drivers will likely request info from each other. As the one who is bringing the case forward, you definitely should request this information. It can include questions, relevant documents, or a deposition in which they perform a witness testimony that is admissible into court.

Finally, it comes to the trial, where a judge and a jury of your peers will take on the case and decide whether you were right to bring this legal challenge to their attention. A court case can be a prolonged, grueling experience, so you’d best have the fight in you if you go down this route.

There’s an advantage to court being so time-consuming, however. As the case progresses, and especially if it isn’t going in the other driver’s favor, there’s every chance they’ll get cold feet.

You can use this to still solicit settlement offers from them since you’re not prohibited during the lawsuit. Upon receiving an acceptable offer, you can end the boring procedures for both and you and go on with your lives.