Depositions are often used in cases and take place before the trial has begun. A way for both sides to see what the other party has prepared in terms of witnesses, depositions are an important and integral party of the court preparation process.

There are many horror stories online of deposition abuse and tales of witnesses who have been intimidated into making statements that jeopardise the case and are false. This is corrupt behavior on behalf of the lawyers conducting the deposition.

This article will also be discussing how the lawyers should be conducting the deposition and what they can and cannot ask you. This should give you an idea of how the process is meant to go and hopefully when you are undergoing your deposition, you won’t be in a position of vulnerability and intimidation. 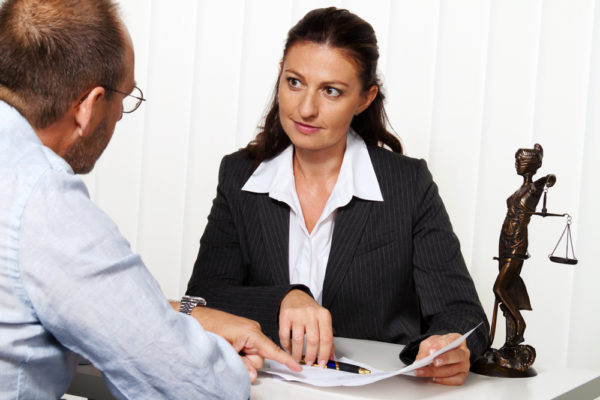 What is a deposition?

A deposition is when a witness testimony is taken under oath out of court. They can be transcribed and presented to the court during the trial. Usually a lawyer will undertake the testimony and no judge will be present.

The testimony is recorded orally so filming is not compulsory and can often be referred to as an examination before trial. The lawyer will ask questions of the witness in a bid to gain their full perspective to see if it can help their case or how they can help the opposing party, giving them opportune time before the trial to seek other witnesses for themselves.

What is the purpose of a deposition?

When conducting a deposition, it is the lawyer’s duty to seek discoveries and admissions that can enhance and improve their case when it comes to trial. They can gain material for the trial as well as observe witnesses for the other side, meaning that they will have opportunities to question the witness.

Depositions are important because they allow both parties to display all of their information to the other side before the trial thus allowing them to prepare arguments that can question the opposing party’s narrative.

There are certain things you can and can’t ask during a deposition. The lawyer should be asking questions relating the witness to the actual events of the case and the questions should relate to that.

In terms of what cannot be asked, anything private that may embarrass the witness or anything unrelated to the case. Other topics off the table is the witness's sexual orientation, religious beliefs or health.

The best way to successfully pull off a deposition is to be thoroughly prepared. All of the questions should be prepared and tailored to the witness with time and patience given for the witness to answer. The witness should be made to feel comfortable throughout the testimony.

All too often, there are stories of witnesses who have been intimidated into lying on record to say what the lawyer wants them to say. This is called deposition abuse.

When faced with a deposition, the best way to tackle it is to have your side of affairs prepared and to answer the questions honestly and patiently. If the lawyer makes you feel uncomfortable then make sure you are taking deep breaths and don’t be afraid to repeat their question and take time in answering the question. It’s important to acknowledge that deposition abuse is a real thing.

Although it is only a small number of lawyers, it is unfortunately a tactic some use in order to increase their chances of winning the case instead of seeking real justice.

Being aware of this behavior will make you less susceptible to it. By keeping your mind on your side of events and not how the lawyer is behaving, you should be able to stay calm and collected throughout the questioning.

Be aware that your answers are being recorded and a transcript will be presented in court so honesty is absolutely essential. If you are made to feel uncomfortable or are intimidated into making false statements, make sure you come clean about it as soon as possible by getting in touch with an attorney.

What do I do if I have been subject to deposition abuse?

As stated above, if you have experienced deposition abuse, then it is hugely important that you seek legal counsel immediately and disclose what exactly happened.

Your testimony could be the difference between innocent and guilty depending on which side the lawyer is on and it’s important that the right decision is made.

Depositions are such an important part of the justice process that can make or break a case. By being prepared and totally honest in your answers, you should be able to eloquently dictate your side of events without being intimidated but as mentioned, honesty is the most important element to any legal case.

Depositions needn’t be a complex and tortuous procedure and unfortunately some corrupt individuals use them to intimidate vulnerable witnesses into falling into their own narrative but it is important to note that this behavior is wrong and shouldn’t go unnoticed.

Just remember to take deep breaths and stay calm during your deposition. Stick to the truth and nothing can go wrong. Once it is over, you shouldn’t have to revisit the case again as the transcript will be taken to court.