Car accidents by their very nature are a disruption to your life, both literally in the moment and in their aftermath.

Dealing with insurance in the event of an accident is a particularly difficult process, and it can be even worse if you’re believed to be wrongly at fault.

Having to deal with a case where you are being wrongfully accused is an exceptionally difficult ordeal.

So, to save yourself the stress and cost of such a situation, what exactly should you do to dispute your fault? 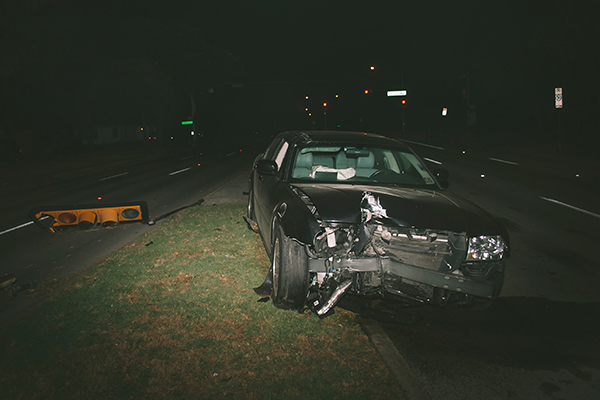 In the fault-based states, you should follow the steps listed below.

It’s absolutely crucial that you file a personal injury claim with the insurance company of the driver you believe to be at-fault.

The other driver will have done the same if they believe you to have been at fault, and so the only chance you have at winning or disputing the claim is to prove that it was in fact the other driver who was negligent.

Of course, evidence is also essential to this process, but we’ll turn our attention to that shortly.

Perhaps the most important thing you can do, particularly at such an early stage of this process, is to dispute the findings of the insurance company.

You can do this by contacting them either over the phone and via mail, and besides increasing your chances of a swift case this may also lead to a reviewed or new investigation that will support your claim.

A good car accident lawyer is important to your dispute or claim, as they will best know how to file a case disputing your fault.

You may also need to file a statement or a complaint at some stage with an insurance adjuster or their superior, and as you must protect your rights in doing so an attorney can help you to create statements that give you the best chance for a successful claim.

If nothing else, insurance companies are more likely to take a car accident attorney seriously.

There is a chance that even if you dispute a claim promptly and correctly, an insurance company may refuse to review the case. However, most states have laws and bodies in place to solve unfair liability issues.

Write to them explaining your case and your position, and they will begin an independent investigation to arrive at their own conclusion.

Throughout all of these steps, raising a dispute alone is not enough. Just like any claim or case, strong evidence is needed to reach and backup a decision.

What evidence will help your case?

In disputing car accident fault, you will need to provide evidence that clearly proves the other driver’s fault. This can include any of the following:

When to start gathering evidence and protect yourself

This can’t be stressed enough - you should take steps to protect yourself as soon as possible if you believe you aren’t at fault for a car accident.

After all, it’s entirely likely that the other driver will be doing the same. With respect to the injuries and wellbeing of yourself and others involved, start doing so immediately following the accident.

The first thing you should do is contact your insurance company, giving them details about the accident. If you need to dispute your own fault, having a ready-made case report made as near to the incident as possible can only improve your standing.

Next, if they aren’t already on the scene then call the police - not only can they arrive on the scene to provide their own evidence, but their police report will prove influential in a court or legal setting.

Now, begin to collect evidence. On the scene, this will largely be the photographic evidence we discussed in the previous section.

Take photographs of the damage to your car, any resulting debris, the point of impact, the position of the vehicles, and skid marks caused by them. These will be much more beneficial the earlier they’re taken.

Collect the names and contact information of any nearby witnesses willing to testify on your behalf. It goes without saying that this should be done in a respectful manner, and just like when you collect the evidence be sure not to pose any additional risk or danger.

If possible, exchanging insurance details with the other driver is also always very important. You may need to have this information to hand in order to dispute the claims of their insurer.

Finally, make sure that you report any injuries sustained as soon as possible, even those of a minor nature. Delayed injury reports can be dismissed by insurers, and a medical report may also prove to be useful evidence.

Do not admit fault to the driver at the scene, or sign any statements of fault - especially without the presence of an attorney. Do not enter into any discussion that involves reaching a settlement with the driver.

What about a dispute in a no-fault state?

You need to be giving yourself the best chance at disputing fault as possible. Obviously, if you take more steps to protect yourself immediately after an accident, then you’ll be better prepared to fight such wrongful findings.

Get as much help as possible, arm yourself with as much evidence and knowledge as you can, and you’ll have all you need to form a robust dispute.