Class action lawsuits originated in the US and are still largely a US phenomenon.

These lawsuits usually involve at least 40 people who have been injured by the same defendant in the same way. 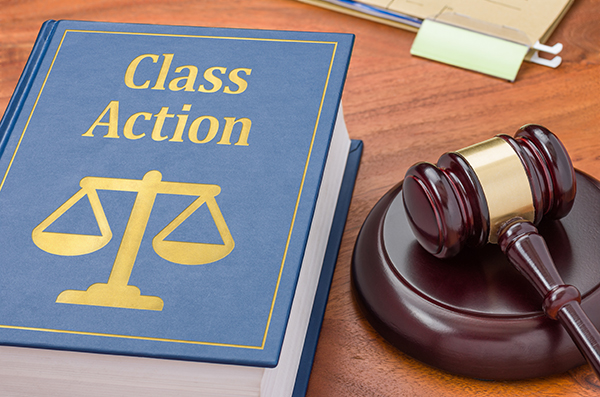 So, instead of several claims being made by separate claimants, a class action allows all the claims of all class members—whether they are aware of the damages or not —to be resolved in a single lawsuit.

What is a class action lawsuit?

According to ClassAction.org, a class action is a lawsuit filed by one individual or a group of individuals on behalf of a large number of people who have suffered a similar injury or financial harm.

A “complaint” is the legal document that starts a class action, and this lays down the facts of the case and is filed in a court of law.

A class action case is led by a lead Plaintiff who represents the class, and the class is a larger group of people that the class action is on behalf of. Anyone who meets the definition of the class can be a class member.

How to join a class action

You don't need to do anything to "join" a class action lawsuit, as if you fit the definition of the class then you are considered a class member.

If you are a known class member, you may receive a notice in the mail if the case is settled, and this will contain information about the lawsuit and how you can claim your portion of the settlement.

Becoming a class member doesn’t cost anything, and you can’t “get in trouble” for joining one either. However, it’s possible to “opt-out” of a class action lawsuit if you do not wish to be involved.

It’s also possible that you don’t even know if you’re a member of a class action lawsuit. You may be notified that you’re a class member, but if the identity of the class members is unknown, notices may be unable to be sent.

Therefore, the class action may be published in magazines or newspapers that the class members are likely to read.

While most class actions don’t require members to do anything to join, some class action lawsuits are opt-in lawsuits. This means class members will be required to affirmatively “join” the case to receive compensation from any resulting settlement.

Opt-in lawsuits typically involve allegations of wage and hour violations (such as unpaid overtime or failure to pay minimum wage) or employment discrimination.

In these types of lawsuits, potential class members of an opt-in case may receive a notice in the mail informing them of their right to join the case and how to do so if they wish to join.

How long does a class action take?

Each class action is different, so some may be quickly settled in a matter of months, while others can take several years.

Generally speaking, most class actions take between two and three years to resolve, though if a court ruling is appealed, the process can be even longer.

Class action lawsuits allow a class to file a collective lawsuit against a defendant for injuries or discrimination encountered by multiple class members.

To become a class member, you don’t need to officially join a class action case, as, as long as you fulfill the definition of the “class” you already qualify as a member.

Some cases are settled without members even knowing they are owed compensation, whereas if the members are known, they are usually notified by mail.

On the other hand, there are also such cases as “opt-in” class actions where class members are required to affirmatively “join” the case in order to receive compensation from any resulting settlement.

On the whole, class action cases offer a myriad of benefits, as they tend to be quite efficient to keep costs minimal, and they also mean that many class members can collectively bring a wrong-doer to justice, which may not be possible individually.

They can also influence the future behavior of the class of which the defendant is a member.