You never think it will happen until it happens to you!

A car accident can be a very traumatic experience to go through and can cause a wide range of injuries, potentially being life-altering. 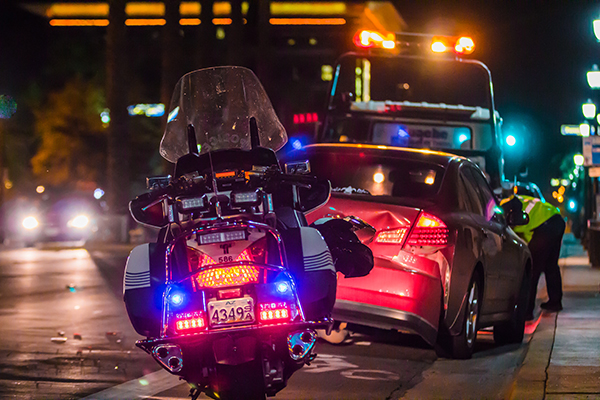 After a car accident, even if you walk away uninjured, there is still the matter of finding fault.

Sometimes this is not a pleasant experience, with both parties involved in the accident denying blame. If this happens to you, what can you do?

Well, here to tell you how to prove you are not at fault during a car accident!

What are the faults in a car accident?

First, let’s take a look at what we mean by being at fault in a car accident. The person at fault is the person who has caused the accident, and for insurance purposes, is liable for the damages.

They may have caused the car accident by driving into you or your car, either in front, rear, or a side-on collision. In the case of a side-on crash, they may have hit you switching lanes or pulled out of a junction and into your vehicle.

They may have been distracted by a phone, under the influence of alcohol or drugs, or have just been careless. Speeding, dangerous driving, and reckless driving are also reasons that can cause an accident.

In the unfortunate event, you are in an accident; you would hope that the other party would accept liability and allow proceedings to take place for you both to move on. However, that does not always happen, so let’s look at some effective methods to prove you are not at fault in a car accident.

Sometimes, it can be undeniable who was at fault during a car accident. If there was a clear traffic violation, that could help identify the blame quickly and allow your insurance company to get to work repairing your car.

Violations such as speeding, failing to stop at a stop sign, or traffic lights are reasons why blame can be quickly identified. State and local laws can vary regarding violations, so it may be worth contacting your local DMV or an auto accident attorney should you need further guidance on this.

Other cases where it is clear who is at fault are often known as “no doubt” cases. If your accident is one of these, then proving you are not at fault can be easy to do.

Rear-end collisions are one of these, where the law supports the driver in front. Providing your brake lights were operational, there is an almost definite chance that if a driver crashes into the back of your car, they will be found at fault and not you.

You will be covered by this even if the driver is driving very close to your bumper, for example, in slow traffic where these accidents often occur. It is the driver’s responsibility to know when to allow more space between cars.

Left-turn impacts are also covered by this no doubt liability. It is assumed that the car making the turn has not thoroughly checked their surroundings or has ensured enough time to make the turn without causing impact.

There can be exceptions, such as speeding or running a red light, which puts you in the intersection when you should not be there. If you are unsure about the level of fault, an auto accident attorney can provide further assistance.

Is it the sound of the police?

Filing a police report at the time of the accident can be a massive help when proving who is at fault. A police report will show if the other driver has any violations listed and often come with the police officers’ thoughts on the cause, which will hopefully work in your favor.

A police report can be a valuable tool in your case to prove your innocence, especially if the police arrived at the scene of the accident. You do not always get a police presence at an accident, though, but there is a way around that.

Visit the closest police station as quickly as you can after the accident to file a report. You will be asked to provide all the details of the accident; it may be worth making some notes yourself, so you don’t leave anything out! If you have a witness, take them with you or ask them to contact the same police station to give their version of events.

Insurance companies are often less likely to pay damages if there is no police report on file; it can be a real asset in your case.

Get it on camera?

The rise in the use of dashcams is becoming a great way to prove the car accident’s fault.

If you have a dashcam fitted to your car, it is worth checking the footage and handing it over to the police as evidence or your insurance company. They have become a great way of identifying blame in accidents in recent years.

If you do not have a dashcam, it is worth asking witnesses to prove your innocence if they have any dash cam or phone footage of the accident. Often when appealing for information, police will ask over social media for witnesses to come forward with this information also.

If the accident happened in a very public place, it might have been caught on CCTV. It may be worth asking local authorities to check their CCTV or traffic surveillance cameras to see if the accident was caught on camera.

Any digital proof like this makes it almost impossible for the other party to deny liability.

It is also a good idea to photograph the accident yourself if you can. Clear photographs of the impact can help insurance companies determine the fault, and when accompanied by police reports, enhance your case.

In the event of an accident that was not your fault, there are a few ways you can prove your innocence.

No doubt, accidents are the easiest to prove. Still, failing that, a police report with witness statements or clear photographic or video evidence is some of the best ways to determine the blame of a car accident.