When you’ve been let down by someone whose job it is to provide a professional and oftentimes sensitive service, you have the right to sue for misconduct.

For the most part, this process will involve hiring a lawyer (or having one provided for you) to fight your case against the offending professional. 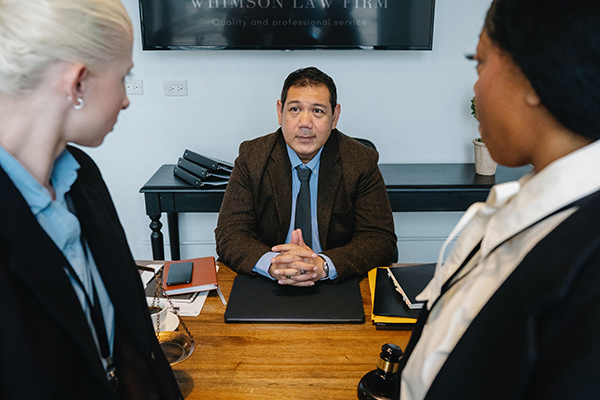 But what happens when the very person who was supposed to fight for your rights is the one you need to make a case against?

That’s right - in this article, we’ll be talking about how to sue a lawyer for misconduct.

The first thing to clarify is that there is a difference in legal terms between misconduct and malpractice.

Most legal cases against lawyers concern malpractice, which is the offense committed when a professional conducts their practice in a way that is unethical, improper, or even dangerous.

An accusation of malpractice means that the professional accused has, essentially, engaged in bad (‘mal’) practice. When committed by a lawyer, the offense of malpractice might include anything from failure to know the relevant laws to fraudulent practices that involve deceiving clients.

Misconduct, on the other hand, is a term mainly used to describe unprofessional or unethical behavior in general from a professional. In other words, lawyer misconduct constitutes a failure to behave appropriately or according to the relevant disciplinary standards.

This could include anything from sexual harassment to the use of inappropriate language or the consumption of drugs or alcohol during or in close proximity to court proceedings.

Although these are 2 different offenses with 2 different definitions, there are many cases when an action can make a lawyer guilty of both misconduct and malpractice.

For example, a lawyer who turns up to court intoxicated would not only be engaging in misconduct in terms of discipline but would also be guilty of malpractice if the quality of his or her service is impacted (as it likely would be) as a result.

Today, however, we’re going to be focusing specifically on how to sue a lawyer for misconduct.

Misconduct is a very serious offense for a lawyer to be charged with. If found guilty, the lawyer in question could lose their license to practice law, so this is not a charge that is taken lightly in courts.

That’s why you’ll need a strong foundation of evidence against your (original) lawyer if you want to be successful in your case.

The first thing you should do is to request the case file from the legal case that you are unhappy about. This case file is where the majority of details concerning the case will have been recorded, so it is likely to be your primary source of evidence.

If you are able to look through the case file yourself, we recommend that you do so. Since you are the one who went through the experience in question first hand, you’re in a good position to remember important information that may or may not be included in the file.

You should look specifically for any details directly relating to the misconduct you have experienced. You should also be on the lookout for any important details which might have been omitted from the file.

If you don’t feel able to undertake this task yourself initially, you can ask the legal administration department to send your file directly to your new lawyer (see step 2).

Requesting a legal case file is a multi-step process, so it can take several days or even over a week for the request to be processed and fulfilled. You should use this time to collect any additional documentation relating to the case.

This could include email conversations, or any other tangible evidence indicating that misconduct has taken place.

If you can afford to do so, we highly recommend hiring a good lawyer who specializes in legal misconduct.

Finding a lawyer who specializes specifically in the laws surrounding legal misconduct will put you in the best possible position to win your case because they will be as knowledgeable as anyone can be about these complex situations.

Moreover, getting a reputable and effective legal misconduct lawyer on your side could help to restore some of the faith you may have lost in the legal system due to your bad experience.

Your lawyer will look through all the relevant documentation and help you to build a strong case based on the evidence available.

Step 3: Take the Case to Court

Once all evidence has been compiled and the case has been drawn up by your legal misconduct attorney, it will be time to take the case to court.

This is likely to be the most emotionally difficult part of the process of suing a lawyer for misconduct. However, the silver lining is that your lawyer will be undertaking most of the court proceedings for you.

Where testimony from yourself is required, follow your lawyer’s instructions to the letter and don’t engage in the court proceedings except where and how you have been advised to by your attorney.

What are the alternatives to suing a lawyer for misconduct?

Unfortunately, not everybody is in the financial position to sue a lawyer for misconduct even when legal action is warranted.

One alternative to suing your lawyer for misconduct is filing a complaint, otherwise known as a ‘grievance’ against the lawyer in question.

You can submit the grievance to your state’s legal association without going through court proceedings and a decision will be made as to whether compensation is due.

Another avenue is to work with a lawyer to negotiate a monetary settlement from the offending lawyer instead of bringing a lawsuit against them.

Suing a lawyer for misconduct can be a stressful, frustrating, and even frightening experience, and we’d like to extend our condolences if you’ve been subjected to substandard legal services.

Thankfully, by following the advice outlined in this article, you’ll be setting yourself up for success.

By compiling evidence from your original case file and other documentation, getting in contact with a legal misconduct lawyer, and adhering to your new lawyer’s instructions throughout the proceedings, you will stand a good chance of getting the compensation you deserve.