When it comes to the law, there is a huge amount of jargon to get your head around.

One of the most confusing of these is the names used to refer to people who practice law. 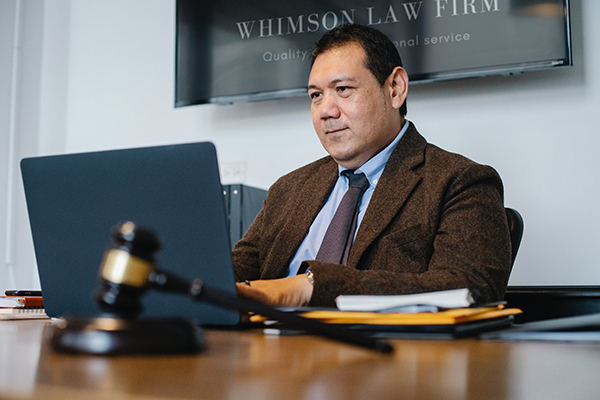 Lawyer, attorney, solicitor, barrister, and counsel are all used in different situations. But what do they all mean? Is an attorney the same thing as a lawyer? These two terms are often used interchangeably in the United States. And this isn’t always incorrect.

But there is a small difference between the two.

The main difference is how attorneys and lawyers use their training.

Attorneys, or more accurately “attorneys-at-law” are lawyers who represent and defend clients in court. A lawyer doesn’t necessarily do this. A person can be a lawyer and provide advice but if they do not represent clients, they are not attorneys.

So, an attorney is a lawyer who regularly practices law. All attorneys are lawyers. But not all lawyers are attorneys. It’s a minor distinction but it is important.

“Lawyer” is generally used as a catch-all term for people who have trained in law and people who practice law. It is an official and accepted term but it is not always appropriate to use it in every situation.

So, when should you use these terms? Now that you know the definitions and origins of “lawyer” and “attorney”, it’s important to understand when to use each term. There are some situations when one will be more appropriate and official than the other.

“Lawyer” is a term for anyone trained in US law. But it cannot be used in every situation. In an everyday conversation, referring to someone who is trained in law as a lawyer is fine. It is even appropriate to refer to an attorney as a lawyer in general conversation.

As they are, technically, lawyers as they are trained.

But it is incorrect to refer to anyone who is trained in law as an attorney. If a lawyer is not currently practicing law, then they should not be referred to as an attorney.

So, when is it appropriate to refer to a lawyer as an attorney? “Attorney” comes from the official term “attorney-at-law” which has been used in the US since at least 1768.

It is not incorrect to refer to an attorney as a lawyer. But, if you want to appear professional, “attorney” is the more appropriate term to use. Especially in an official setting.

So, where do all these words come from and why are there so many? Some words, such as solicitor and barrister, are from other countries.

Some words are only used in specific situations. Read on for a few definitions and explanations for all of these different titles.

The term “attorney” is most commonly used in the US. Its origins, however, lie in France. The word “attorney” comes from the Old French word atorné.

This is the past tense of the word atorner/atourner/aturner which means “to attorn”. This means, generally, someone who is appointed or constituted.

This word became “attourne” in Middle English. Then, eventually, “attorney”. So, technically speaking, an attorney is one who is assigned to another.

The origins of the term “lawyer” are a lot more obvious. Although it has become more generally used across the world, it is primarily used as an official term in the US.

This word derives from the Middle English “lawier”. This is similar in style to French verb endings for which “-er” means “to”. So the word “lawyer” literally translates as “to law”. This eventually became “lawyer”.

The term “lawyer” is mostly used in the US but it has become more common in some other countries where English is one of the most prominent languages. But it is not an official term.

So, those are the most important things to know about the differences (or similarities) between the words “lawyer” and “attorney”.

But you have probably heard quite a few other terms too. So, here’s a quick rundown of some of the most commonly heard terms.

This is most commonly used in very official settings. For example, “The White House Counsel”. “Counsel” is a synonym for “advice”.

The term is used in the US and many other English speaking countries. In the US, the term is interchangeable with “lawyer”.

This term is most commonly used in the UK. It is used in some other English speaking countries, such as Australia and New Zealand. But it is not a term regularly (or ever) used in the US.

Unlike “attorney”, “solicitor” is not interchangeable with “lawyer”. A solicitor is someone who is trained in law. But they are trained in a very specific kind of law. For example, a solicitor who trained in family law would not be able to practice criminal law.

Solicitors do not generally represent their clients in court. Instead, they provide advice to clients and gather official documentation before and during the case.

The term “barrister” is primarily used in the UK. It is also used in some other English speaking countries, as well as many other countries. The term refers to the Bar.

A barrister generally will only represent clients within a courtroom. If you have seen many UK TV series or films, these are the people who wear short wigs on top of their heads and long black cloaks.

So, now you know the differences (and similarities) between the terms “attorney” and “lawyer”.

They are minor distinctions but this information will likely be useful in official situations.

You don’t want to be caught out and confused if people suddenly start calling your lawyer an “attorney”.