Whether you live in California or you are just visiting, it can be helpful to know all about the laws in case you were to get into an accident.

If you have been in an accident, then this article can help you to understand what happens next. The laws can change in each different state, making it difficult to keep up. There are two different types of states, and these are a no-fault state or an at-fault state.

Interestingly it can be deemed that both parties are at fault, and both may have to claim from their insurance. It can be a complicated process if you are unsure of the laws in the state you are in, but we will breakdown all of the information here for you to understand. 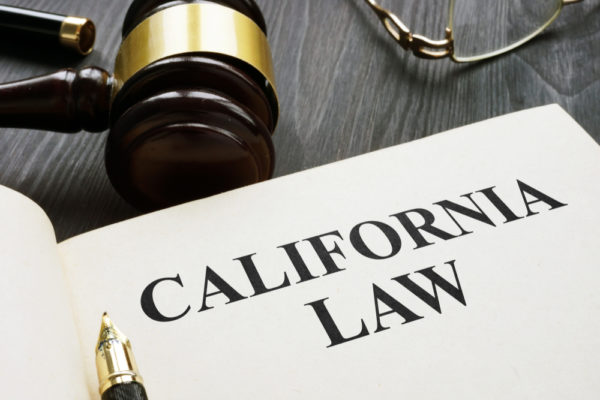 What is a No-Fault State?

It does not matter who is at fault in the situation, and you will be covered by your insurance regardless. Additionally, in some states, you may need to obtain PIP coverage as well as your standard insurance. This will aid in the medical expenses that you may incur after being in a car accident.

Another thing that you should note is that in some states, a person that has been involved in a car accident can still file a lawsuit against the party that has caused the accident if the amount of damage is severe enough.

If the amount of loss that has occurred is more than the amount that is covered by your car insurance, then you may be able to claim against the driver that is responsible for the accident in order to cover your losses. This is not allowed in all states but is a possibility in some of them.

What is an At-Fault State?

An at-fault state is different from a no-fault state because, in these states, the blame and responsibility of the accident are put on one or both of the drivers.

If you live in an at-fault state, you will need car insurance that is called liability insurance. This type of insurance will cover the losses that any other drivers might suffer as a result of your actions or failures to act accordingly to avoid a situation.

Liability insurance will not pay for your own losses if you are the one that is found to be responsible for the accident that occurred. However, there are other types of car insurance that you can obtain additionally that can help you to cover these losses, even if it was your fault.

You should also note that in an at-fault state, if the liability insurance policy is unable to cover all of the damage costs, then the victim will be able to file a lawsuit against you.

In such a situation, it can be found that you will have to cover the additional expenses yourself. It is especially important in these types of states to make sure that you are driving with the correct insurance and that it will offer you enough protection in the event of an accident that you have caused.

Is California a No-Fault State?

When referring to auto insurance, California is not a no-fault state, which means that car accident compensation will be handled by the insurance company of the driver that is deemed to be at fault.

Who Determines a Fault in a Car Accident in California?

Due to the fact that California is not a no-fault state, and they do follow the tort system that deems one party to be responsible for the accident, the fault is determined by the insurers of the people that are involved in the accident.

The insurance companies will look at the facts surrounding the accident to find out who caused it. In some situations, both parties can be found to be at fault for the accident.

It is possible for the fault to be split between the parties involved in terms of percentages. If one person is found to be more at fault than another person, this can have an effect on whether or not they will be entitled to compensation. This can still be the case even in a no-contact car accident, and it is up to the insurers to conclude.

If you are wondering what a no-contact car accident is, it is when one driver’s actions cause another driver to move out of the way to avoid a collision.

Such a situation can still cause damage to the vehicle if the driver was forced to swerve into the path of another obstacle. However, they would have to prove that they were forced to do so, which can be more difficult unless you have a car camera.

In this time, they will decide whether or not a person is at fault. After they have decided, the insurance company will have 30 days to make the payment.