Road rage, we have all experienced it. Whether you are the one cursing at the driver in front or if you have had people cursing at you, it is not a great experience.

But when does road rage cross the line? We’ve all heard horror stories of drivers following other cars home to just shout and scream at them. This is just not okay on any level.

We understand that example is a rare occurrence, however, other forms of road rage are becoming more and more common. In fact, 82% of US drivers admitted to having road rage or aggressively driving in 2019.

Before we delve into answering this question, we need to take a look at what road rage is. An important thing to note is that road rage and aggressive driving are completely separate acts.

You may use both of these terms to describe any aggressive behaviors on the road, however, there are clear differences. 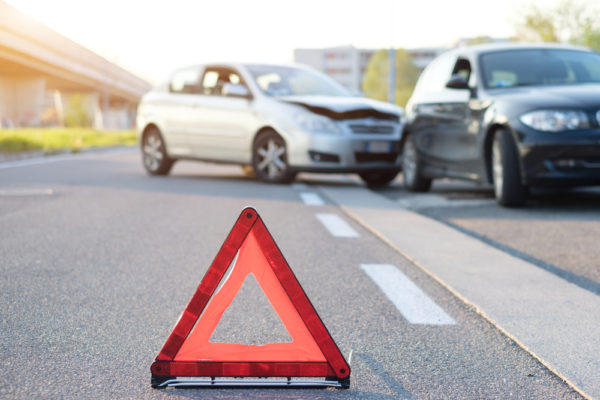 What is road rage?

This article is mainly focused on road rage. Many people do mix up road rage with aggressive driving.

What sets these two terms apart is that road rage can also be known as reckless driving. To help you understand the definition of both of these terms, we are going to run through some of the most common examples of each.

Road rage can stem from stressful events happening earlier in the driver’s day. Whether these events are experiences on or off the road, as soon as that driver gets behind the wheel, they can seriously harm themselves or others if they’re not careful.

The first example of road rage is reacting to another driver by bumping into their car. This can be extremely dangerous as the driver will either speed up or slow down suddenly if the car is in front of or behind them.

If the driver is in another lane, then the risk could be that the driver experiencing road rage will drift their car into another lane. Having your car in two lanes is not a safe practice.

Another example of road rage is getting into a car chase with another vehicle. If there are two drivers experiencing road rage at the same time, then things could escalate into this scenario. Car chases don’t just happen in films. They happen in the real world and are very high risk.

The last example that we are going to discuss is one that escalates too quickly. There have been cases of road rage which have caused the driver to stop their car and exit their vehicle.

They then walk up to the other car involved and point a firearm at them. This quickly turns into a life-threatening situation and not only to the two drivers involved.

What is aggressive driving?

On the flip side, we have the other phrase called aggressive driving. Aggressive driving is unsafe driving but a little less extreme than road rage cases. It is defined as being the operation of a vehicle in an aggressive manner that is likely to increase the risk of a collision.

Both road rage and aggressive driving are dangerous acts which we would never commemorate. You may be wondering what the differences are as the definitions do sound similar. Well, let us help you out by touching on a few examples.

Someone who drives over the speed limit is an example of an aggressive driver. Breaking the speed limit could potentially harm the driver or others on the road. This endangerment of human life is a selfish act. Speed limits are put in place for a reason. No one can ever be in that much of a rush.

Another example of aggressive driving is failing to signal or obeying traffic signs. How many times have you seen someone run a red light? Unfortunately, for us, it’s too many times. This is a huge risk for all other drivers on the road as they are not expecting any cars to come from that direction.

Failing to signal is another way that we define aggressive driving. Without signaling that you are changing lanes can cause some serious accidents. It can also be an annoyance to other drivers.

Both the ignoring of traffic signs and failing to signal can lead to other drivers having to slam on their brakes. This can cause bottlenecks which means that the line of traffic has been delayed.

Is road rage a criminal offense?

Now that we have defined the differences between road rage and aggressive driving, it is time for us to answer the main question.

Is road rage a criminal offense? The answer to this is, in most states, yes.

If you have searched for the answer to this question, it just goes to show how confusing it can be for everyone. Due to the changing laws from state to state, it can be difficult to have a solid understanding.

How to Avoid Road Rage

To ensure that you don’t succumb to road rage behaviors, we have put together a handy list of tips to help you on your way.

To avoid road rage, try to:

We hope that we have cleared up the answer to your question. Road rage is a criminal offense that is extremely threatening to not only the driver themselves but also others on the road.

All drivers should follow our top tips to avoid road rage before driving off in their vehicles.