If you are involved in a legal case, you might be wondering what happens next after a deposition.

After a lawsuit is filed, legal attorneys will get to work on building a case, and they will aim to find every single detail about the case and use this information to learn everything that they need to know.

A lawsuit is not a straightforward process, and a lot of time and effort goes into finding out all of the facts by looking at witness statements and evidence to find out what really happened.

Not everyone who has been involved in the case will be deposed, but the attorney will decide who needs to give a deposition. In this article, we will tell you everything you need to know about a deposition, and you can find out what will happen next. 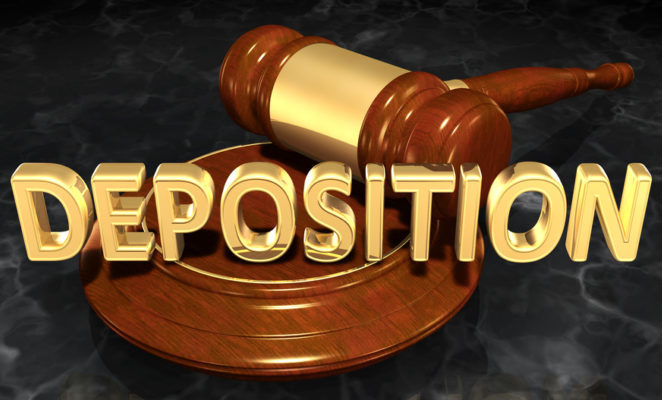 What is a deposition?

A witness would take part in a deposition as part of a lawsuit so that their testimony could later be used in court, or their deposition would be used to discover the facts or story of what happened.

They are commonly used in the United States and are usually conducted outside of the court by the lawyers that are involved in the case. There will be no judicial supervision, and it is a known way of discovering key information in relevance to the case.

The deposition is given under oath, and lying during your deposition is a crime. They are usually taken by an oral examination in which the witness answers the deposing attorney’s questions truthfully, and the answers are recorded and transcribed. Depositions can also be video recorded and must be truthful.

What happens after a deposition?

After a deposition takes place, there are several different things that can happen. The first of which is by going through the deposition using software that is called ‘litigation support’. This is to help them to locate any information that an attorney may need at a trial.

There may also be further discovery that needs to take place after a deposition, as it can uncover more facts and information that need to be looked at. This isn’t always needed, but it can happen quite often.

After the attorney reviews either the footage or transcripts of the deposition, they might need to verify the truth of certain facts that are given or talk to another relevant witness to understand more about what was said.

It is not unusual for new information to come out in a deposition as a result of a direct question that will require further investigation.

There will also be a review that will take place to find out if both sides can reach an agreement without the case going to a trial. It is the hope that during a deposition, the attorney will discover new information that is going to be beneficial for their client, and this can sometimes help both parties to reach an agreement with each other. Both sides can gather information so they can evaluate if their case is strong enough to go to trial or not.

In the event that both parties fail to reach an agreement, usually, because an attorney decides that their case is strong enough to go to court, the next step is to prepare to go to trial.

The depositions that took place will be thoroughly reviewed to search for supporting statements that will aid an attorney’s case. The opposite can also be said, and an attorney can look for holes in the opposing sides argument that can be used against them during a trial.

What happens after a deposition in a car accident case?

The majority of the process for what takes place after a deposition is the same as with any other case, but the end result may be slightly different. The deposition process is the same, and both parties will be given the opportunity to tell their side of the story.

Witnesses to the accident can also help to provide key information to back-up the information given in the deposition. However, in this case, it will also involve the insurance companies of both parties.

If you are injured during the accident, you might have to submit a defense medical examination after your deposition has finished. This is something that the defense may ask of you, so be prepared for this to happen.

Often, an attorney will inform you that there is the possibility that your injuries will be downplayed in the medical examination due to bias.

This is to prepare you for an outcome that you may not have been expecting. A report will be written by the medical examiner that will explain their findings from the examination.

In terms of a settlement, your lawyer will negotiate with the insurance company after the deposition has been completed. Most of the time, it is not too difficult to come to an agreement, and most car accident cases are settled eventually.

However, reaching a settlement that is fair to the party might take a lot longer and will require outside resources like new investigations and testimony from experts in the field.