It’s every driver’s worst nightmare: you’re just about to head home from a trip out and, for whatever reason, you feel the unfamiliar smack of bumping into a stranger’s car. Before you panic and speed away, stop and think - there are things you can do.

Whilst we can’t tell you how to live your life, hitting someone else’s parked car and driving off without saying a word is an asshole move and could get you in some serious trouble if there’s surveillance footage or eyewitnesses to snitch on you. 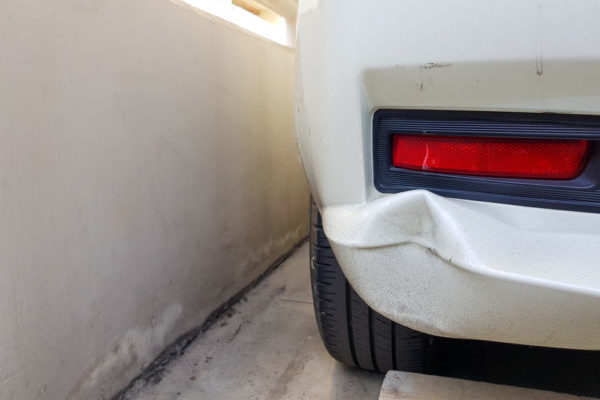 Hitting And Running - Why Not To Do It

The majority of state laws expect that any driver in the US must adhere to their outlined ‘standard of reasonable care’, essentially meaning that you should act in accordance with the law and do whatever a responsible driver would, at all times.

Checking your individual state’s laws is always a good idea, as this can provide good incentives for not being a total jerk, by making you aware of the repercussions for doing so, but crashing and leaving the scene is exactly what NOT to do.

Whilst an accidental bump isn’t a crime, fleeing afterward definitely is. This is considered a hit and run, even if the vehicle was parked. As a criminal offense, the owner of the damaged car usually has two years to put a claim in against you.

The penalty or punishment for hit and runs are different across the US, usually prosecuted as a misdemeanor or a felony depending on the circumstances of the crash. If nobody was hurt, it’s likely a misdemeanor, but you won’t get off scot-free.

Both sentences come with the potential for fines and jail time - on average, misdemeanors run at around six months in jail or a thousand dollar fine, whilst felonies can go right up to five years and fines as expensive as ten thousand bucks.

Not only are you up for prosecution in court, but you could also face penalties from your state’s DMV, a hefty increase in your insurance bill, and any other parties involved in the incident may try to sue you via a civil lawsuit!

First and foremost: stay where you are. As we’ve identified, leaving the scene is considered a crime in every state, and you don’t want to risk license suspensions, fines, jail time or even long-term prison sentences, do you?

Try to find the owner of the car you hit. If they don’t seem to be around, and you need to leave before they get back (be sure to weigh up what’s more important here!), you’re going to have to suck it up and leave a note.

Rules in many states suggest you need to inform them of your full name, address, a contact number, and a brief description of the accident. This is so that they can get in touch with you and you can start insurance proceedings together.

Remember: if you were driving somebody else’s vehicle, you also need to leave their name and address, so be extremely careful if you ever ask to borrow a buddy’s car for the day!

If you have your insurance information handy, you might benefit from putting that in the note - don’t say too much, as anything you do say can later be used against you in the settling process. Be honest, but avoid dramatics - they’ll be able to tell.

Once you’ve got your note written up, you need to leave it in a conspicuous spot that’s easily seen by the other party - we’d recommend popping it under the windscreen wiper, as it’s less likely to blow away from you.

Now you’re going to want to get some photographic evidence of the crash, lest the other party try to extort you for more money. Get snaps of your car, their car, and the license plate of the vehicle you hit. Anything visible, document.

See any witnesses around? If they are willing, take their contact information and get an account of what happened from them. Try and record this on your phone, as it’s much more striking evidence than simply retelling their story yourself.

And now, the part you’re going to hate the most: bite the bullet and make the call to your insurance provider as soon as possible following the accident. Hopefully, your coverage will be plenty enough to cover the damage, outside of paying a deductible.

Wondering if your rates are going to increase as a result of this accident? That depends - it’s probable that because you crashed into a parked car, you’ll be considered ‘at fault’, but a change in your rates depends on their rules and state law.

If you’ve had several other claims in the same year (or even less!), you received a ticket as a result of the accident, or the damage you caused is enough to reach your individual company’s threshold for charges, then you’ll likely see an increase.

I Fled The Scene Of My Crash - Can I Make It Right?

Okay, settle down. How long ago did the collision occur? If it was less than an hour ago or sooner, consider returning to the accident and checking if their car is still there. Be cautious approaching if the owner is now present - they’ll may be mad!

Should you go back and find the vehicle is gone, or it’s been too long to consider returning, then your best bet is to immediately contact an attorney and ask them to represent you, minimizing the chances of you saying something incriminating.

If you want a quicker, but potentially scarier, resolution, you’ll have to call the police and tell them the full truth: that you freaked out, didn’t know how to respond and now want to make things right. Whatever they ask you, be sure to tell the truth.

Whilst they still have to act in accordance with the laws of your state, it’s possible that because you tried to fix the situation, they’ll appreciate your honesty. In some circumstances, if a claim from the owner hasn’t been filed, they may let you go.