Understanding the Law is imperative in modern times, though some terminology for laws, crimes, and offenses sometimes are less commonly known to the general public than should be.

So, what is an intentional tort?

We will help you understand what an intentional tort is, what the most common cases of Intentional Tort are, how it differs from crime and the differences between Criminal and Civil cases in the event of intentional tort.

There are also three main types of Tort; Negligent, Strict Liability, and of course, an intentional tort.

Let us walk you through this so you have a better understanding of all the types of intentional tort and what it means in the twenty-first century. 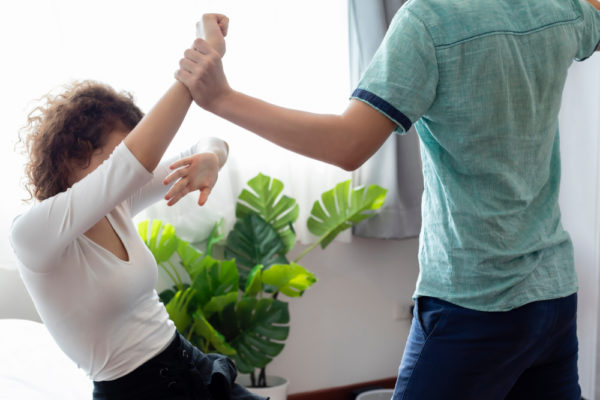 What is an intentional tort?

To understand intentional tort, we must first differentiate it from the other two types of tort. The difference is primarily in the mindset and intentions of the accused/ perpetrator.

Whereas, with intentional tort, the harm and/or damage caused was intended by the perpetrator. The person who caused the harm or damage to another person did so intentionally.

Hence the type of tort committed depends primarily on the mindset and intentions of the one who committed the tort.

There are many types of intentional tort that exist, let’s look at the most common.

Assault: Assault as an intentional tort is the intention to cause harm, or threatens to do so. This could include actions such as pointing a gun at a person or holding a knife to a person’s body. In both cases, this counts as assault, as assault is simply a case in which a person’s health or life is threatened.

Battery: Battery is known as physical contact harm. This could include fist fighting, kicking, and so on. The action simply means to harm someone physically with violent physical contact.

Conversion: Conversion is probably more commonly seen as a type of theft, with conversion, the act is to take an individual’s possession whilst denying the owner any right or ability to use said item. An example of this act would be if a thief stole your car and took it apart, then selling off the pieces, denying you use or enjoyment of your possession.

False Imprisonment: False imprisonment rather speaks for itself, as it is an act during which a person of no legal authority restricts another individual from moving freely, this is done without any consent from the individual. This forceful act is done through many means, any of which could be physical, threats, or an abuse of authority.

Fraud: Fraud is one of the more commonly understood types of intentional tort, which is simply deceiving a person for either harm or personal gain.

Intentional Infliction of Emotional Distress: It is probably less well known to be an intentional tort, but the intentional infliction of emotional distress, also falls into this category. This is the act to intentionally cause emotional dress, this could be from an intentional or reckless act from a person, this can include actions such as racial or sexual discrimination, false imprisonment, and any conduct that could affect your emotional security, though this act does not need to be physical.

The difference between an intentional tort and a crime resides in who files the case and in how the case is settled.

Criminal Law - Criminal cases are filed by the state and the decision is often guilty or not guilty. The outcome will be punishment, a custodial sentence, a fine, or community service. The type of law is acted upon to deter offenders and to maintain the stability of the state and society. The convictions are often of a threat to the stability and safety of the state or society as a greater whole.

Intentional Tort/ Civil Law - Civil cases of intentional tort are filed by private parties and the decision is either liable or not liable. The outcome awards compensation and these cases deal with disputes between individuals or private organizations.

The Differences Between Criminal Cases and Civil Cases

As previously stated the main differences in these cases are who the case is filed by and the outcome of the case.

But one of the bigger differences in these cases is in the standard of proof required. A criminal case will require a plaintiff to provide undoubtedly the highest standard of envidence.

Meanwhile, in a civil case (intentional tort) the case will generally use the preponderance of the evidence, meaning that the jury/ judge without a jury, will decide in favor of a particular party based on the convincing qualities of the evidence rather than the quantity of evidence provided.

This is oppositional to the ‘without any doubt’ style of evidence required for a criminal case.

Due to the difference in the standard of evidence required for each type of legal case, it is very possible that a defendant to be found not guilty in a criminal case but to be liable for damages in a civil case.

It is very important to know the law and legal rights. To be aware of intentional tort can be very helpful in knowing when you require a civil suit, and knowing the difference between civil and criminal suits can help you in knowing the scale of an offense and how to seek legal justice.