In the United States, reckless driving is defined as a major moving traffic violation where the driver uses willful or wanton disregard for the safety of persons, property or users of the road.

As a more serious offence than careless driving or driving without due care and attention, reckless driving is punishable by higher fines, the suspension of your driving license, or even imprisonment.

It may surprise you to know that a recent study showed that over 87% of drivers admit to having engaged in reckless driving at some point in their lives.

With the fact that around 100 people die in the US alone every day from road and vehicle accidents, it comes as no surprise that the statistic for reckless driving is so high. 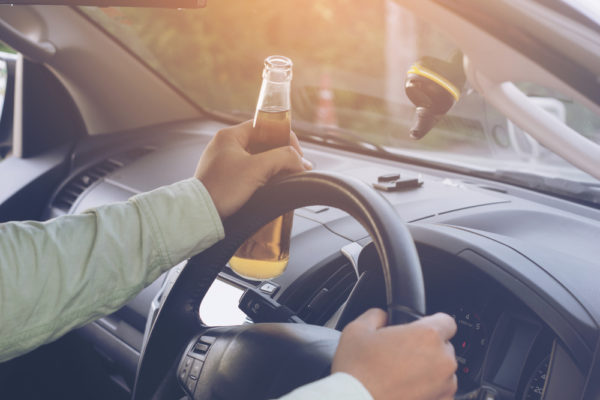 What is reckless driving?

Reckless driving is generally driving without taking care or consideration for other users of the road, where you may cause an accident or incident due to your actions.

This could be excessive lane changing in busy situations, improper driving or not using signals, running stop lights, or speeding.

Careless driving is much less severe than reckless driving, and is considered a much lesser crime. However, careless driving can still mean that a driver is operating their vehicle carelessly, and driving in such a way that they have a disregard for others, and could cause damage to a person or property.

Reckless drivers can operate their vehicle in a negligent, unsafe and dangerous manner, just like careless drivers. However, someone who is accused of reckless driving, has the intent to harm a person or a property.

Reckless drivers are therefore fully aware that their actions can be hazardous and dangerous in nature, and thus driving in such a way shows a complete disregard for public safety and property.

In the majority of states, reckless driving is considered a serious traffic violation that is punishable by prison time.

What is Considered Reckless Driving

The definition of reckless driving is actually different in various states. In most cases it is defined as the conscious or intentional indifference to the safe operation of a vehicle, and also the rules of the road.

There are many different means of reckless driving, and as you may have observed, it can be any situation where a driver operates the vehicle recklessly.

This could be through excessive speeding, failing to stop at a red light or stop sign, or driving under the influence of alcohol or drugs.

In addition, reckless driving can also entail texting whilst driving, racing other cars, intentionally failing to yield to other drivers or pedestrians with the right of way, or even evading law enforcement.

The most common examples of reckless driving are vehicles reaching high speeds above the speed limit, failing to stop at designated stop signs or lights, swerving in and out of lanes, cutting other drivers, racing, DUI’s, and going around railroad barriers when they are down.

All of these examples can have catastrophic consequences, and thus would be considered reckless driving, as it places someone, or something in serious danger.

How to Avoid Recklessly Driving

To avoid recklessly driving, you should always be responsible when operating a vehicle. Make sure that you are adhering to the rules of the road, and being respectful to other drivers and your own vehicle safety.

You should never weave in and out of lanes quickly, as this can cause a traffic collision or an accident. Similarly, you should never engage in any racing or competitive driving as this can be highly hazardous for the driver, passengers and any civilians nearby.

In addition, you should never text and drive, or use your mobile phone whilst driving, as you may not be paying full attention to the road. With this in mind, you should always make sure that you are aware of local legal speed limits to ensure that you are driving in an appropriate manner.

Remember to always stop and check before going through an intersection, even if you think it is clear, and the same goes for stop signs. Similarly, you should never run a red light as you can cause a collision with another vehicle on the road.

Although railroad barriers can take a long time to come down, and you may be waiting a while before the train actually passes, this is no reason to break through the barriers or drive under them quickly. You may get stuck, which poses the risk of you and your vehicle being hit by a train.

Finally, remember not to pass school buses with their stop signs down. Although this can be irritating, and will slow down your journey, if you pass the bus there may be children crossing or on the road at risk.

If you are ever involved in an accident with someone who may have been driving recklessly, then it is highly important that you contact the police.

As you are not at fault, then you will be able to make a report against the reckless driver.

In addition, it will be much easier to gain compensation from insurance companies if there is a reckless driver involved.

What to Do If You are Accused of Reckless Driving

If you have been accused by a police officer or professional of the law of reckless driving, then you should take this accusation very seriously.

We advise you to contact a lawyer immediately as you will require one if you wish to fight the reckless driving charge.